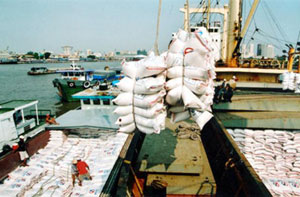 The U.S. had rejected the majority of rice shipments from India, the world's top rice exporter, since 2011 because of the presence of the chemical tricyclazole, a widely used pesticide in India that isn't legal for use in the U.S.

However, U.S. Environmental Protection Agency in late June fixed the import tolerance for tricyclazole in Indian rice at 3 parts per million, a level Indian rice exporters are confident they can meet.

"Many Indian exporters had stopped shipments to the U.S., but now they are coming back," said Rajan Sundaresan, executive director of All India Rice Exporters Association.

Following the U.S. move, exports of Indian basmati rice to US will easily rise by more than 50% in the near term, said Vijay Setia, a prominent rice exporter and a member of All India Rice Exporters Association.

In the financial year that ended in March, Indian rice exports to the U.S. totaled 103,000 metric tons, according to the state-run Agricultural and Export Processed Food Products Export Development Authority.

Indian rice exporters had lobbied the U.S government to accept Indian rice with traces of tricyclazole, noting that Japan and the European Union both did so.

"The main issue that was blocking our exports to the U.S. was the level of tricyclazole, so business is now coming back on track," said Vijay Setia, a prominent Indian rice exporter.