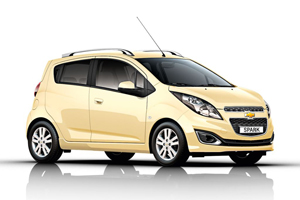 General Motors is planning to increase its exports from India since large capacities at its factories are going unused. The company also plans to make India a manufacturing hub for the Beat. The hatchback will be exported to many developing countries around the world. The Beat will not be the only car model that will be exported from India. General Motors is considering other car models for exports as well.

The company will slowly expand its exports. Officials from General Motors India made the following observations about the export plans of the American car company,

These are exports to left-hand-drive markets, so the plan is to ramp up steadily. We are developing India as an export hub for the Beat, so the ramp up will take certain quarters. The start of exports will create more employment opportunities within GM India and the supplier community while helping improve capacity utilisation at the Talegaon plant. Details on more target export markets and future models for export potential are still being worked out.

General Motors has a capacity to make 170,000 cars each year at its Talegaon manufacturing facility. Presently, the company is using just 25% of this capacity. Increasing exports from Talegaon will help General Motors employ more people in India and also cut down its losses as exports bring attractive returns.