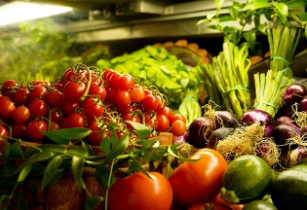 India’s agricultural exports, including aquaculture products, increased 5.1 per cent to US$37.29bn in 2013-14, due to the rise in exports of rice

“Exports of total dairy, poultry, meat, and marine products have doubled their share in agricultural exports between 2008-09 and 2013-14,” the report added.

It attributed the rise in exports to some policy changes made in recent years such as permitting export of rice and wheat in 2011 and exempting processed or value added agricultural products from export restrictions since February 2013.

The survey said that during the last five years ending 2012-13, the food processing sector has been growing faster than the agriculture sector at an average annual growth rate of around 8.4 per cent.