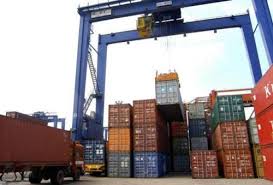 In a sign that the global economy is gaining some momentum, exports increased for the third straight month in June, growing 10.22 per cent to $26.47 billion over the same month a year ago.

Imports, too, rose 8.33 per cent to $38.24 billion after declining for several months, with gold imports surging following the easing of restrictions. This widened the trade deficit slightly to an 11-month high of $11.76 billion, against $11.28 billion in June 2013.

The increase in exports was largely driven by readymade garments, engineering goods, petroleum products, leather and handicrafts, going by quick trade data estimates released by the Commerce Ministry, on Wednesday.

“The global situation is conducive to exports as both advanced and emerging economies are showing better economic indicators. Credit flow to exporters should increase so that exporters can utilise the opportunity,” said Federation of Indian Export Organisations President Rafeeque Ahmed.

Some negatives
There was, however, a decline in gems and jewellery, electronic goods and agricultural exports.“The electronics goods sector has a small base that is getting squeezed further. This does not augur well for the skilled labour-intensive sector. The sectors where exports are declining need immediate help from the Government,” said industry body Assocham.

Gold imports rose by a whopping 65 per cent to $31.20 billion in June after the RBI allowed seven more private agencies, in addition to designated banks, to procure gold. Imports of project goods and machinery, both indicators of a revival in manufacturing activity, however, were lower in June compared with the same month last year.

Oil imports in June were 10.90 per cent higher, at $13.34 billion. Goods exports in the April-June quarter stood at $80.11 billion, 9.31 per cent higher than the comparable period of the previous year. Imports in the first quarter of the current fiscal year were at $113.196 billion, 6.92 per cent lower than last year.

The trade deficit for the April-June period was estimated at $33.08 billion, lower than the deficit of $48.32 billion in the same quarter last year.