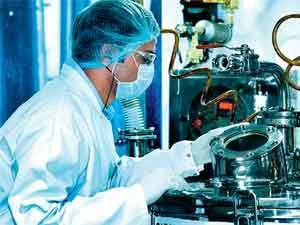 More importantly, China's share of world manufacturing was 22.4% in 2012 while India's share is currently less than 2%. The past two years have been particularly hard on manufacturing, as UPA-2's now infamous 'policy paralysis', sluggish decision-making in an election year, and the drying up of domestic demand in key sectors like automotives put the brakes on growth.

The sector contracted by 0.7% in 2013-14 after expanding by a mere 1% in 2012-13. It is against this challenging backdrop that the Narendra Modi government's budget promises much.

After all his home base, Gujarat, is among the few positive stories of Indian manufacturing. ET Magazine visited five manufacturing hubs of India and looked at the key niggles that the industries in these hubs faced and what their expectations from the Union Budget are.

There are a few common threads. For instance, older hubs with evolved infrastructure like Surat in Gujarat or Chakan-Pimpri-Chinchwad in Maharashtra asked for more: an international airport, simpler regulations and better governance. What was also common across almost all hubs was the considerable pain SMEs were in. Most complained about the lack of financing from banks and manpower-related issues.

"Manufacturing in India is very clustered in nature," says Kumar Kandaswami, leader manufacturing, Deloitte in India. "Around 60-70% of manufacturing happens in 6-7 states. As a result, the cost of doing business from land to talent is high in these clusters," he adds.

Thus SMEs find it tough to compete with large firms for talent. So, what can be done to revive manufacturing? A starting point would be to resolve the bottlenecks around the coal and mining sector, argues SV Sukumar, partner and head of operation and supply chain, KPMG in India.

"Also, the government should focus on improving core infrastructure like rail, roads and ports. That, in turn, will kick-start manufacturing in core areas like cement and steel," he adds. Industry watchers, however, believe that the budget will only broadly indicate what the government's plans are for the sector.

The real test will come if and when it decides to amend the Land Acquisition Act a major hurdle for industry in acquiring land, they argue.

They are also keeping a keen eye on the progress of industrial projects like the Delhi Mumbai Industrial Corridor. If India lives in its villages, Indian manufacturing resides in small town India, in places like Surat (a hub for diamonds), Tirupur (textiles), Chakan (auto and auto ancillaries), Neemrana ( Japanese manufacturing) and Baddi (pharma). In the past year or so, business has picked up and some are thinking big. Surat, for instance, wants to be a global diamond hub like Dubai or Antwerp.