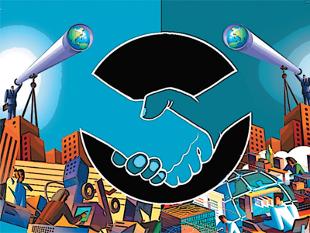 "Our domestic manufacturing is still at nascent stage," he said. "Manufacturing units will be allowed to sell their products through retail and e-commerce," Jaitley said. "We need to revive growth in manufacturing," Jaitley added.

Looking to pull the economy from its dire straits, Jaitley said, "We are aiming for a 7-8% GDP growth in 3-4 years."

"The steps I will announce are only a beginning towards 7-8% growth to be achieved in the next few years," Jaitley said. "We look forward to lower levels of inflation. The country is in no mood to suffer from unemployment. Continuing slowdown has posed threat to global economy. There are green shoots of global growth that are emerging," Jaitley said. Jaitley began his speech by saying, "The people of India have voted for a change. India unhesitatingly desires to grow."

According to Jaitley, the Budget 2014 is only a step in the direction of economic recovery. Jaitley said, "We shall leave no stone unturned in creating a vibrant India."

"I have set a fiscal deficit target of 3.6% for 2015-2016," Jaitley said. "We need to introduce fiscal prudence. Fiscal prudence is of paramount importance. We cannot leave behind a legacy of debt," Jaitley stressed.