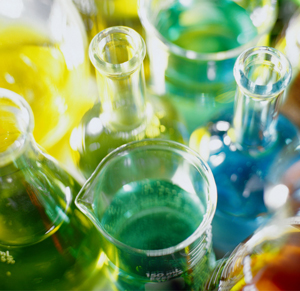 Canadian Standard Association (CSA), a leading provider in the testing, compliance and certification industry is now in India to set up its first lab in Bengaluru. The facility is a 2,500 sq. metre lab, located at  Beary’s Global Research Triangle (BGRT).  The company has pumped in $100 million for its Asia expansion and is already present in China with 20 labs, South Korea and Taiwan.

The company is among the top 10 testing and certification organisations globally and in India it is the third largest testing, inspection and certification provider.  It has published over 3,000 codes and standards in 54 technology areas. A couple of months ago, it created new standards for psychological health in work places driven by the increasing stress related disorders. In addition it has also devised norms for ‘Better Hospitals’ in an effort to control the fatal hospital acquired infections. While it is keen to offer these new norms to India, it is hoping that the Union government would enforce regulations in the medical devices and healthcare space.

India has also become a hub for third-party inspection services. The company is also in discussion with Bureau of Indian Standards(BIS)  to see areas of collaborations and help leverage global standards. It is also keen to grow its operations in India via organic and inorganic route. Its expansions in China have been a combination of acquisitions and Greenfield projects.

“The company has seen its India entry as most appropriate going by the  large presence of medical device companies seeking compliance from global regulators. It makes more business sense to set base in India at a time when the market is brimming with positive growth prospects. Therefore,  we see India as a market with long-term growth potential”, said Ash Sahl, president, & chief executive officer, CSA Group.

“Our lab in India is envisaged to give a fillip to medical device compliance as a one-stop location for global regulatory adherences, components acceptability, compliance mechanism and safety.  Further, with faster turnaround, manufacturers would be able to considerably reduce the time-to market, said Saibal l Mukhopadhaya, country manager, CSA Group.

India lab will be manned by 50 personnel who are engineers and post graduates in science. The CSA Group plans to expand its team to 1,000 experts.