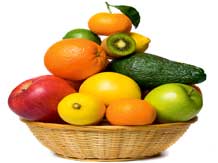 Fruit exports from Karnataka have touched Rs 488 crore during 2013-14. The state exported 238 tonnes of fruits including mango, grape, sapota, pineapple and banana, pomegranate among others.

According to Shamanur Shivashankarappa, minister for horticulture and agricultural marketing, the state’s production of fruits was not on a par with the demand. The production suffered as it is an off year and the untimely rains, followed by hailstorms during February and March.

Responding to a question from Siddu B Nyamagouda of Jamakhandi in the Assembly on Friday, the minister said, there was no considerable impact on the prices of mangoes in the domestic market because of the export ban by the European Union (EU) countries this year. As the quantum of exports from the state to the EU countries is minimum, there was no impact, he said.

The EU countries during the 2014 mango season had banned the import of mangoes from India stating that the mangoes had a presence of maggots of fruit flies, which are a quarantine pest in Europe in imported mangoes. As the pest is harmful to vegetable crops, to avoid the spread of the pest, a temporary ban up to December 31, 2015 was imposed, he said.

“As a result of the discussion between the government of India and European Union countries in this regard, an EU-FVO auditing team from EU countries is visiting India between September 2 to September 12, 2014 to inspect the fruit and vegetable export certification at the pack house level in India,” Shivashankarappa said.

The department of horticulture in collaboration with the Karnataka Agri Business Development Corporation has organised training programmes for about 620 farmers at the Mango Development Centre in Srinivasapura taluk regarding the production of export suitable international quality fruits, he said.

The prices of mangoes went up this year due to a lower production and farmers got a good price. The department of horticulture organised mango melas in major growing districts like Ramanagar, Mysore, Davanagere and Bangalore from May 26 to June 22, he said.

Apart from this, the government is planning to strengthen the domestic market for mangoes, especially the market for export quality fruits. In this connection, the government has established a Mango Development Centre at Chintamani and Karnataka Mango Development and Marketing Corporation Ltd to handle post-harvest management of mangoes. Through these centres, it has been planned to train the farmers and middlemen to fulfill the need to supply quality fruits to foreign markets, Shivashankarappa said.

The state government has released funds from the State Disaster Relief Fund towards input subsidy to compensate for the agriculture and horticulture crop losses that occurred during February and March, 2014, due to hailstorms. As per the government order dated May 26, 2014 and June 12, 2014 as per the NDRF / SDRF norms, Rs 326.50 crore compensation amount has been released to the district commissioners concerned by the Revenue Department, he said.

The Revenue Department is disbursing the compensation to farmers presently, he added.