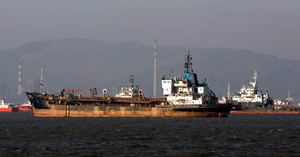 India's exports grew by a double-digit pace for the first time in seven months in May, narrowing the trade deficit and setting the ground for easing of restrictions on gold imports.

According to the Commerce Ministry's data, gold imports, which had in 2013 led to a widening of the trade deficit and consequently a worsening current account deficit (CAD), fell 72% to $2.19 billion.

Encouraged by the trade data, the Commerce Ministry has asked the Finance Ministry to ease gold import restrictions, which were imposed last year to check the widening CAD.

"It is definitely an encouraging sign," Commerce Secretary Rajeev Kher told reporters in Delhi. "If this trend sustains then I am sure we are reviving... It seems that they (export products) are now acquiring their natural levels."

Kher said his ministry was in favour of rationalisation of levies and rules related to gold imports.

The government increased the import tax on gold to the current level of 10%.

He said the appreciating rupee was not a factor in the double-digit export growth.

"There is a positive spirit and if this trend continues the next month then I will definitely be saying that there is a revival (in global demand). So, I would like to see the next month also," he added.

Asked about the export target for 2014-15, he said: "We are working towards something like $1 billion exports on a daily basis."

Exports in May increased to $28 billion from $24.9 billion in May 2013, helped by healthy growth in engineering, petroleum products and garments.

Curbs on gold imports impacted the export of gems and jewellery, which registered a marginal growth of 1.36% to $3.43 billion in May. Outbound iron ore shipments dipped 18.95% to $72 million.

On agri exports, in view of a possible deficit in the monsoon, Kher said: "Our approach to agri exports is broadly nuanced by the fact that agri exports as far as possible should be open but clearly they are underlined by the attenuating factors of domestic demand and supply."

He said the government has reviewed the situation and there is no cause of worry for "wheat and rice" at present.

The government is also monitoring the prices of onion, milk and pulses on a daily basis.

"Onion and milk are important. We are very, very closely observing the price trend and whenever, if required, an appropriate action will follow," he said.

"We are observing onion and milk prices at wholesale and retail levels and what the trend is over a week and then follow-up will be a decision (if required)," he added.

Onions are costlier by Rs. 5 a kg in retail markets in most cities compared with prices last year.

Dairy major Amul increased milk prices in the Delhi-NCR region by Rs. 2 a litre on May 9 and is considering raising prices in other parts of the country.