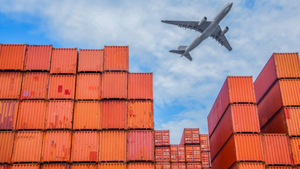 India's boneless buffalo meat exports continue to soar, while the new BJP-led government, whose Hindu nationalist leaders have signalled opposition to India's beef industry in the past, have yet to indicate plans to restrict the sub-sector.

Indeed, a senior official from the Agricultural and Processed Food Products Export Development Authority (APEDA), under the ministry of commerce and industry, told GlobalMeatNews there had been "no change in the policy on exports indicated so far" by the newly elected government.

Meanwhile, the official said that in the fiscal year ending 31 March 2014, boneless buffalo meat exports rose to US$4.35 billion from US$3.2bn the year before. And in April 2014 alone the figures reached US$321m, indicating that India’s buffalo-based beef sector was continuing to grow.

There were also "expectations of steady growth in the coming years", the APEDA official said, because China and Russia are expected to open their markets for Indian bovine meat. Vietnam was the largest overseas buyer of Indian boneless buffalo meat, generating US$1.79bn sales in the last fiscal year ending March 2014, up from US$943m the previous year, according to APEDA data. Malaysia was the second-largest buyer at US$388m (in the last fiscal year) while Egypt was third at US$338m.

Nearly 95% of India’s boneless buffalo meat exports go to south-east Asia, west Asia, former Soviet Union countries and north and west Africa, he said. The majority of these markets are Islamic countries, where the genuine halal nature of Indian bovine meat is an important reason for this growing demand, he noted.

Moreover, the sector has a decent reputation for hygiene: "India has been supplying meat to foot-and-mouth disease (FMD)-free [markets] like Sabah [in Malaysia], Brunei, Philippines, Mauritius and Seychelles for decades now, without any outbreaks of FMD being reported," he said, adding there had been an absence of "cases of bovine spongiform encephalopathy [BSE], rinderpest and contagious bovine pleuropneumonia".

That said, India’s boneless buffalo meat exports to the US and the EU are still small. Sales to Germany and the US in the fiscal year ending March 2014 were at zero, while exports in the previous fiscal year stood at 7.5 tonnes and 2.4 tonnes respectively. "We want to explore the US and the EU for beef exports given our clean history," he said, adding discussions would start soon.

India has 105 million buffaloes, accounting for 56% of the world population, fed on natural pastures and agricultural crop residues, the official said. And its tropical and sub-tropical climate, with abundant rainfall, ensures wide availability of water and fodder, promoting livestock growth, he added.