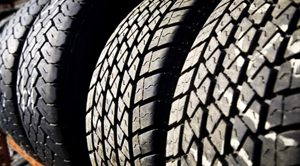 JK Tyres after acquiring  Mexican Tyre Major- Tornel, is now focusing to expand its global reach via their Mexico plant. The tyre major has now entered the car segment as part of which some New York cabs have started using the Indian brand for the first time. The manufacturer has been laying  emphasis on the after-market and exports, to make up for the slowdown in the domestic market .

"Our export focus has helped us to grow our exports 23 per cent in financial year 2013-14," said Arun Kumar Bajoria, president, JK Tyres. "Including our JK Tornel Mexico exports, our consolidated exports are worth Rs 1605 crore in the just ended fiscal, up 20 per cent." The JK Tyre’s Mexican subsidiary also got the company’s presence in the New York Cab market, which is surely good for the company.

"We have added Nissan and Volkswagen as OEM clients from our Mexican operations as a result of which New York Nissan cabs have started using made in Mexico JK tyres for the first time," said Bajoria. "We have added five new export markets last fiscal and we now have a presence in over 100 markets," he added.

he slowdown in the car market here in India has also effected the demand for tyres and majority of the tyre manufacturer lately have been working on exports and replacement demand. "We have increased our share of the domestic replacement markets in each category from truck and bus radials where at 34 per cent we are market leaders to light commercial vehicles, car radials, farm tracks and off the road tyres," said Bajoria.