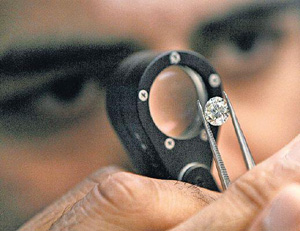 India’s April net diamond account, which is calculated as the difference between net polished exports and net rough imports, fell deeper into a deficit at $662 million compared with a deficit of $242 million one year earlier.

During the first four months of 2014, India's polished diamond exports have dropped 8.8 percent year on year to $7.020 billion, while ‎polished imports have fallen 12 percent to $2.282 billion, according to Rapaport News calculations. Net polished exports fell 7.2 percent to $4.738 billion.

India’s net diamond account for the first four months of the year fell to a deficit of $882 million compared with surplus of $295 million one year earlier.