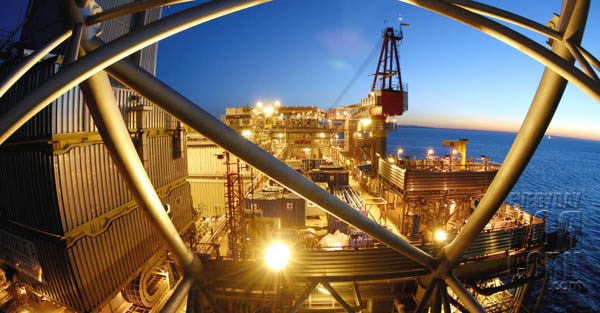 The proposed Visakhapatnam-Chennai industrial corridor is expected to give fillip to the economic prospects of See­mandhra. Conceived with an investment of over `1 lakh crore, the prestigious project is expected to create more than 50,000 jobs, both directly and indirectly, in the first phase alone. It is touted as one of the projects that could potentially transform the industrial landscape of Seemandhra in less than a de­cade of its commissioning.

Being set up on the lines of the model Delhi-Mumbai Industrial Corridor project, this is also one of the key sops offered by the Central government as part of the special package to Seemandhra in the Reorganisa­tion Act and will be developed in two or three phases spanning more than 15 years.

It may be noted that Visakhapatnam was recently included in the upcoming Chennai-Bangalore Industrial Corridor, which will essentially give thrust to industrial develop­ment in three border districts namely Anan­tapur, Chittoor and Nellore. As per the proj­ect development plan, the Krishnapatnam port region development will be taken in the first phase, while areas around Hindupur-Chittoor-Nellore will be developed in the second phase.

“While the Chennai-Bangalore corridor will include only three districts of See­mandhra, the Visakhapatnam-Chennai cor­ridor is expected to cover maximum number of districts and villages along the stretch of the corridor. Essentially, this will ensure that development is not restricted to one or a few locations but whole state,” said Reddy.

Typically an industrial corridor, developed by the government in private partnership, will act as an intermediary to develop infra­structure projects, which in turn attract in­dustries and of course investments.

“The essence of such an industrial corridor is to increase employment potential, exponen­tially raise exports and augment industrial output, which in turn underscores the growing economic scenario of the region, all in a given period of say 10 years or so,” explained Vanitha Datla, executive director & CFO, Elico Ltd and vice- chairperson, CII-AP chapter.

The corridor passes through a combina­tion of well developed locations such as Vi­sakhapatnam, Vijayawada, moderately de­veloped areas like Kakinada, Rajahmundry and Machilipatnam and under developed industrial areas like Gudur, Nuziveedu and Ongole. These have varying natural resourc­es, human skills but are with or without qual­ity physical and social infrastructure that could propel industrial growth.

“The missing link is the infrastructure ie., logistics, industrial and social, which is in­capable of handling the envisaged industrial output and exports,” said Raju.

Investment regions and industrial areas will be proposed along the stretch covering key places such as Rajahmundry, Kakinada, Nuziveedu, Vijayawada, Bhimavaram, Machilipatnam, Guntur, Ongole, Bapatla, Nellore, Gudur and Naidupeta. Besides, self-sustaining industrial townships with world-class infrastructure, road and rail connectiv­ity for freight movement to and from ports and logistics hubs, domestic/international air connectivity, reliable power and quality social infrastructure have to be created to provide a globally competitive environment that is not only conducive for setting up busi­nesses but also superior compared to the existing hubs.

“The industries coming up would have the advantage of improved infrastructure as there would also be logistics hubs to facilitate warehousing and movement of goods. A similar advantage in terms of trained man­power would become available as knowledge hubs are also being planned in such regions on PPP basis,” said Datla.

Premium infrastructure and high-speed connectivity will offer immense opportuni­ties for businesses and sectors that are like­ly to get a boost including steel, cement, food processing, IT, automobile, readymade gar­ments, petroleum, chemicals and petro­chemicals complex.

Significantly, the corridor assists potential investors in organizing, negotiating loans and to some projects even advances. Exten­sion of credit facilitation is the star attraction of the project. With access to capital getting tighter, thanks to the global macro econom­ic situation, prospective investors with mid and large-scale projects will be enthused with such an option.

In specific cases, it will also raise financing instruments like project development fund, viability gap fund and revolving fund that could be used for undertaking project devel­opment activities on a PPP model.

The corridor also facilitates, among other things, resources required for companies to commence operations. Over time, districts and villages along the stretch will attract for­eign investment and attain sustainable de­velopment and emerge as a hub of social and economic development.

Evidently, implementation of the project requires huge investment and public and private sector participation is imperative. Development of infrastructure, power plants, ports, airports, special economic zones, in­dustrial parks, agro-processing hubs, knowl­edge cities and integrated townships can be developed on a viable PPP model with par­ticipation from both the Central and state governments.

All this is expected to boost trade and com­merce between south India and East Asia by enabling quicker movement of goods.

“Once implemented, the industrial corri­dors will result in world-class tolled road, high-speed rail link and centres along the corridor would develop as industrial clus­ters,” said Reddy of Infotech adding that the manufacturing hubs in and around Ananta­pur, Nellore and Chittoor that the corridor will create will be critical to the future growth of Seemandhra.

“It is among the key components of the Na­tional Manufacturing Policy (NMP) that aims to raise the share of manufacturing in See­mandhra to the country’s GDP,” he added.