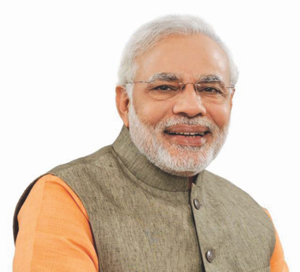 NEW DELHI: Prime Minister Narendra Modi’s government said on Monday it would pursue an economic inter-l`inking of South Asian countries with whom it has already begun setting up this agenda, but it would be equally watchful of the scourge of terror from the neighbourhood.

President Pranab Mukherjee read out the government’s policy blueprint at a traditional joint sitting of the parliament’s two houses to announce the new government’s arrival.

India, under Mr Modi, would be heavily urbanised, Mr Mukherjee said. “My government is conscious of the fact that our urban infrastructure is under severe stress. Soon, 50 per cent of our population would be residing in urban areas. Taking urbanisation as an opportunity rather than a challenge, the government will build 100 cities focussed on specialised domains and equipped with world class amenities.”

The government will maintain utmost vigil in the area of internal security. “A policy of zero tolerance towards terrorism, extremism, riots and crime will be pursued… A national plan will be chalked out in consultation with the state governments to effectively curb incidents of communal violence and the challenges posed by left wing extremism. My government will take steps to equip the security forces with the latest technology and to improve their working conditions.”

Mr Modi has promised reforms in defence procurement to increase efficiency and economy. It will encourage domestic industry, including the private sector; to have a larger share in design and production of defence equipment. “We will introduce policies to strengthen technology transfer, including through liberalised FDI in defence production. With readily available skilled human resource, India can emerge as a global platform for defence manufacturing including software, which will strengthen our defence and spur industrial development as well as exports”.

India’s foreign policy, with its civilisational roots and heritage, is based on the principles of developing peaceful and friendly relations with all countries, Mr Mukherjee said. “We will pursue our international engagement based on enlightened national interest, combining the strength of our values with pragmatism, leading to a doctrine of mutually beneficial relationships. My government is committed to building a strong, self-reliant and self-confident India; regaining its rightful place in the comity of nations.”

Mr Modi had sent a unique and bold signal to the South Asian region and the world, by inviting for the first time in independent India, leaders of all South Asian neighbours to the swearing-in ceremony of the new Council of Ministers on May 26.

“We are grateful to them for accepting the invitation at such a short notice. Their participation, as also the gracious presence of the Prime Minister of Mauritius; not only added sheen to the ceremony, but also represented a celebration of democracy in the region and convergence of our shared hopes and aspirations.”

The event showed the government’s “commitment and determination to work towards building a peaceful, stable and economically inter-linked neighbourhood which is essential for the collective development and prosperity of the South Asian Region. We will further work together with South Asian leaders to revitalise Saarc as an effective instrument for regional cooperation and as a united voice on global issues.”

At the same time, “we will never shy away from raising issues of concern to us at a bilateral level. We emphasise that the future of shared prosperity can only be built on the foundation of stability in the region, which requires sensitivity to security concerns and an end to export of terrorism to neighbours,” Mr Mukherjee said.

The new government will engage energetically with India’s neighbours, including China, with whom it will work to further develop their Strategic and Cooperative Partnership. “We will strive to make progress in the many initiatives that are ongoing with Japan, especially in the field of building modern infrastructure in our country. Russia remains a privileged and strategic partner and my government will build further on the firm foundations of this relationship.”

India and the United States have made significant progress in developing strategic partnership over the years. The government will bring a renewed vigour to bilateral engagement and intensify it in all areas, including trade, investment, science and technology, energy and education. India also values its broad-based cooperation with Europe. The government will make concerted efforts to achieve progress in key areas with the European Union as well as its leading members.

The people of India have given a clear mandate. They want to see a vibrant, dynamic and prosperous India, the government blueprint said. “They want to see a resurgent India regaining the admiration and respect of the international community. Brimming with hope and expectation, they want quick results. With three Ds of Democracy, Demography and Demand on our side, India is poised to actualise these aspirations. We must rise to the occasion to fulfil these great expectations. In 60 months from now, we should be able to say with confidence and pride that we have done it.”