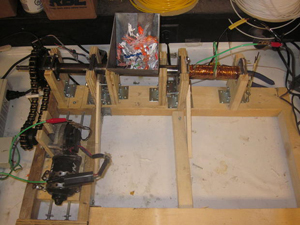 Open source 3D printers and recycled plastic filament can help reduce worldwide waste, but they may also help people in developing nations to begin to climb out of poverty

Durable, shiny, new plastic -- it's what makes most 3D printers run. And as 3D printing grows in popularity and we begin to scale projects in every industry, the world is going to use a lot more of it. If the industry goal is to have 3D printers in most homes and businesses with lots of other 3D printers running constantly in manufacturing centers, we'll naturally add even more to the 33.6 million tons of plastic Americans toss each year, only 6.5% of which is recycled. It's estimated that 100 million tons of plastic is floating in the world's oceans. Each piece can take anywhere from 500 to 1,000 years to decompose.

Deep within those piles of plastic waste lies an opportunity for the expanding 3D printing industry. Instead of melting new plastic to create these products, some companies are seizing the chance to build more sustainable, cost-effective, socially conscious ways of dealing with the looming demand for raw plastic.

Using recycled plastic in 3D printers can help create jobs, open new markets, and even change the cycle of poverty in some cases.

The evolution of plastic filament

Traditional 3D printers (the type consumers buy) use ABS or PLA plastic. Acrylonitrile Butadiene Styrene (ABS) is oil-based, with a much higher melting point and toxic fumes that are released when the printer is running. Polylactic acid (PLA) filament is corn-based. It's often used for packaging, as it is biodegradable and less harmful to the environment if it is recycled. What most people don't realize, however, is that High Density Polyethylene (HDPE) plastic -- which is the majority of what is floating in our oceans and piling in landfills -- can also work in the printers if it is simply turned into filament and wrapped around spools.

Joshua Pearce and his team of researchers at Michigan Technological University have been working on open-source, environmentally friendly 3D printers for years. Last year, they created the Recyclebot, which turns waste plastic into 3D printer feedstock, using the RepRap model, a self-replicating 3D printer. The newest version of the printer Pearce created takes a third of the time to assemble and cuts 20% of the cost, making it less than $500 in parts. The open-source design allows people to build upon the technology themselves, and Pearce believes the idea of a Recyclebot will catch on because it allows people to truly utilize all of their household resources to make things.

"There are large environmental savings when you use recycled plastic. However, the main reason people will want to use recycled filament is the cost," Pearce said. "Commercial plastic filament costs about $35/kg or more -- if you make it yourself with a Recyclebot the cost drops to only ten cents per kilogram for the electricity to run it."

It uses a windshield wiper motor to push shredded plastic containers -- like milk jugs -- into a heated pipe, where the plastic is melted and formed into a long plastic spaghetti. It's wound up with a spooler like the open-source Filawinder, then fed from the spool into the 3-D printer. The plans for the printer are open source so you can make one yourself or buy one from companies making different kinds of Recyclebot filament extruders like Filabot and FilaFab. Thespoolers can be purchased online, as can RepRap fully assembled printers that work with recycled plastic filament. The designs to create and build your own printer are free.

The team is now working on printing solar powered equipment, a Recyclebot for recycled metal materials, and cheaper, more efficient RepRap designs. But his real mission has to do with something much larger.

"I think open source 3D printing can do a lot to bring us all incredible wealth," Pearce said. "It can help everyone in both the developing and developed world alike to print themselves out of poverty."

About 15 million waste pickers worldwide collect, sort, and process recycled materials, but more often than not, they live in extreme poverty, making up some of the most disadvantaged communities on the planet. The Ethical Filament Foundation was created to address this very problem, and create a fair trade standard and certification process for the 3D printer filament industry.

Putting this to work is Protoprint, the first fair trade filament company based in Pune, India. The Protoprint team recycles HDPE plastic, which is used to make water bottles and other common items, since it is abundantly available and non-biodegradable.

Waste pickers in India are part of a very low socio-economic class that sorts through unsegregated garbage dumps, separating plastic waste from organic waste. About two million waste pickers in the country sell the waste to scrap dealers for as little as $0.15 per kilogram, and often make less than a dollar a day doing it.

"Even though they form the backbone of the Indian recycling industry, these individuals are often marginalized by society. That's the problem," said CEO Sidhant Pai, a recent environmental engineering graduate from MIT.

Pai is working with a waste picker co-operative called SWaCH, setting up a pilot filament lab facility at a garbage dump, and he wants to launch commercially later this summer.

By converting the plastic waste they collect to 3D printer filament, they add value to it, he said, earning at least 15 times more for the same amount of plastic.

"In addition to the economic benefit, the technology empowers them socially -- making these hard working individuals micro-entrepreneurs, in charge of their destiny," Pai said. At the local level, Protoprint is providing academic institutions in India with low-cost filament to increase the adoption of 3D printing into the curriculum.

Protoprint plastic can be purchased in bulk or for individual fused deposition modeling (FDM) printers, and the company also sells functioning 3D printers.

Society does not fully value plastic. That's the idea behind the Plastic Bank, which calls for harvesting and repurposing plastic, turning it into a valuable currency. The plastic can be exchanged as 3D printing materials, tools, and household parts. The company ran a successful Indiegogo campaign last year, and plans to open the first Plastic Bank in Lima, Peru. The company is encouraging a "social plastic" movement by asking corporations to sign a petition to mobilize more responsible use of plastic waste. 3D printing offers the ideal outlet for that waste.

"I believe that organizations like ours could push the 3D printing industry towards a sustainable and environmentally friendly future, effectively recycling waste plastic as opposed to simply generating more," Pai said. "There have been a number of studies that show recycling plastic is significantly better for the environment and, while we're only a drop in the ocean, I believe it is a step in the right direction." 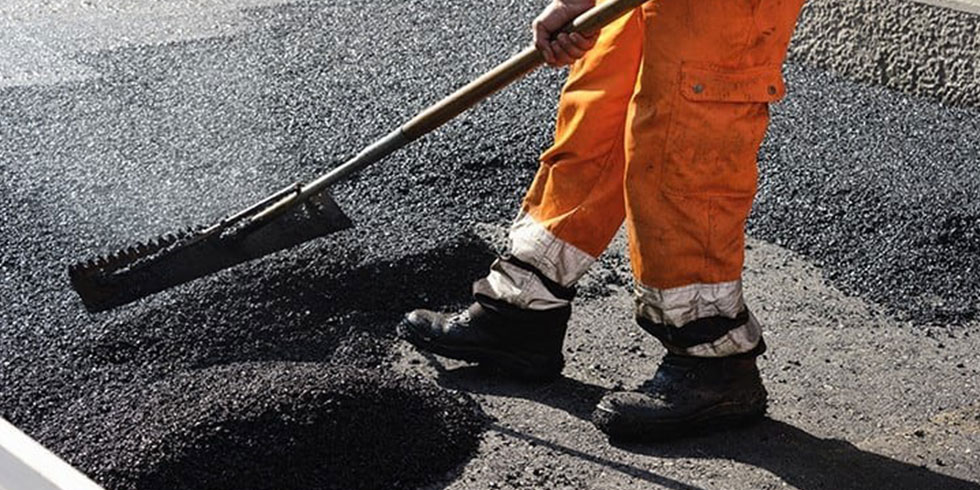 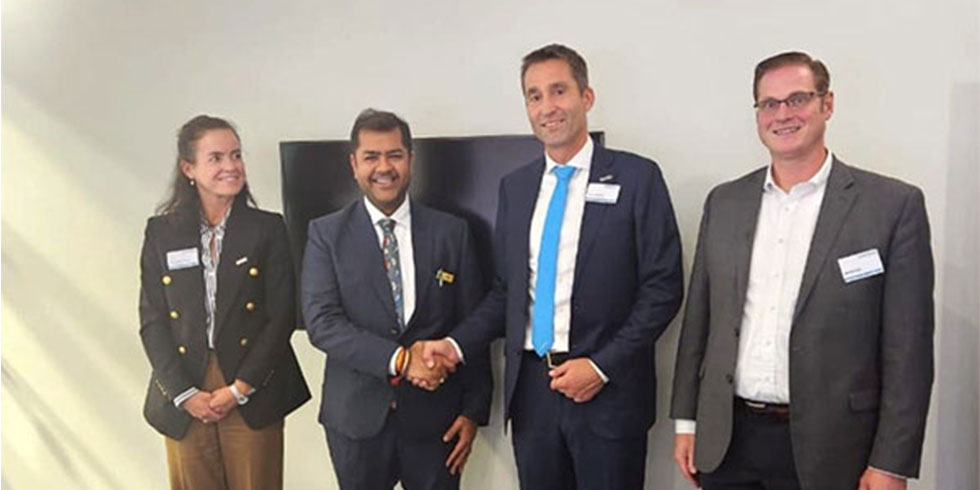 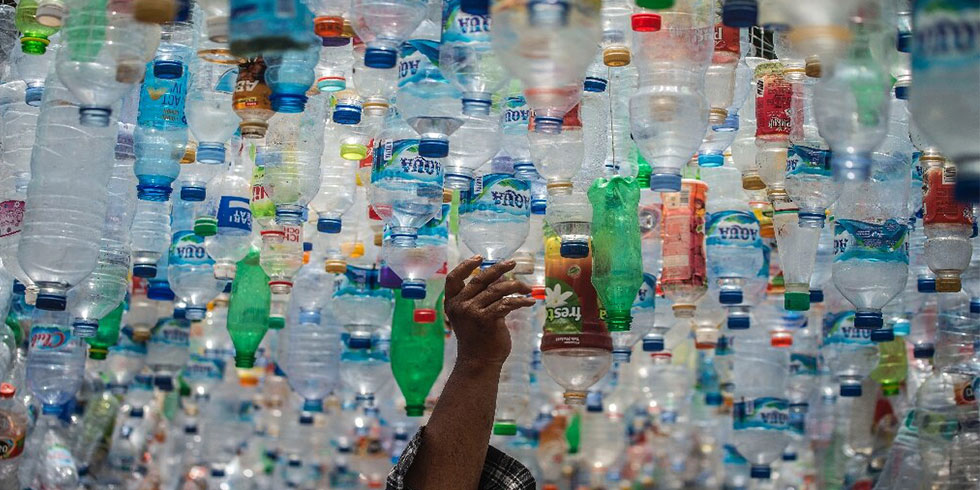