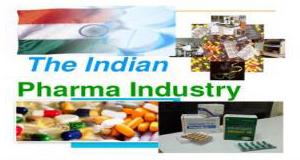 In a move aimed at increasing Indian pharmaceuticals' market share in Africa the Pharmaceuticals Export Promotion Council (Pharmexcil) is engaged in a Brand India Pharma Campaign to raise awareness of Indian pharma's success story in the continent.

It was in line with this that 62 companies under the umbrella of Pharmexcil held an exhibition in Nigeria March 7-8.

The exhibition, Pharmexcil said in a statement, was intended to "live up to the challenges of increasing market share in existing and new markets and countering the negative publicity in some countries by vested interests".

The Indian pharma firms' campaign is meant to shield the industry from dubious allegations by vested interests to pave way to "position India as the global pharmacy of the world".

Pharmexcil said the exhibition, the third to be held, provided Indian companies the opportunity to showcase "India's latest range of pharmaceuticals products including bulk drugs, formulations, biotech products and herbals."

The event, Pharmexcil said, also provided an opportunity to pharmaceutical stake-holders in Nigeria and in the neighbouring West African region to meet their Indian counterparts to discuss procurement, joint ventures, technology transfer and marketing tie-ups.

Pharmexcil said, it is working with Nigeria's National Agency for Food and Drug Administration and Control (NAFDAC) and other agencies to protect, promote and diversify the Nigerian pharmaceutical market.

In line with this, the two countries signed a Memorandum of Understanding on cooperation in the  pharmaceutical sector in March 2011 which have helped to intensify "collaboration to prevent anti-counterfeiting of Indian pharmaceuticals".

"Indian medicines have long been present in Nigeria and India has traditionally been the largest source of medicines to this country, supplying over a third of the market. Indian pharma products' popularity is based on their efficacy and competitive prices," Pharmexcil added.

It said there are more than 30 Indian pharma companies located in Lagos alone and engaged in manufacturing and/or importing Indian products. By the end of March last year, India exported drugs, pharmaceuticals and fine chemicals to Nigeria worth $307.60 million, a significant growth of 37 percent over the previous year.

Pharmexcil says India is the  world's third largest producer of pharmaceuticals by volume with an annual  turnover estimated at over $20 billion in domestic prices, which are significantly lower than global prices. "With the  industry growing at 13 percent  annually, the turnover is expected to grow five-fold by 2020," it added.

It said India's global pharma exports are expected to be around $14 billion in the year ending March 31 2013, up nearly 25 percent over last year, adding: "While the Indian pharmaceutical industry is famous for generics, it is also making fast inroads into branded products, especially in biotechnology."