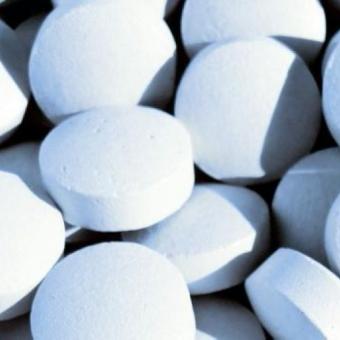 India is one of the largest economies among developing nations to have high purchasing power parity. The per capita income of individuals has increased over the past decade, paving the way to changing lifestyles. Changing food habits, lack of physical activity and increasing number of people involved in sedentary jobs has increased the incidence of lifestyle diseases. Consumption of fast foods and packaged foods that lack proper nutrients has played a key role in increasing the incidences of lifestyle diseases such as obesity in India.

Indian consumers, particularly those of the higher socio-economic classes and upper middle classes, are looking for supplements and functional foods to attain a balanced nutrition. Moreover, these consumers are interested in energy-boosting products. Individuals want to improve their physical endurance, mental alertness, and be active and awake. Because of this trend, multinational and local pharmaceutical and fast-moving consumer goods (FMCG) manufacturers have launched several nutraceutical products in the last five years. The Indian nutraceutical ingredient market has been historically viewed as an export-focused industry, but with the changing market trends, most local companies have started to launch products in India and expand their product line according to Indian consumer needs.

According to Frost & Sullivan, Indian nutraceutical market is projected to grow to US $4 billion in 2018 at a compound annual growth rate (CAGR) of 17 percent. The United States, Europe and Japan account for 93 percent of the total global nutraceutical market, and overall, the market has attained maturity in all the three regions. India, China and other Southeast Asian countries are considered key growth regions with their current low per capita spending on nutraceutical products.

As a matter of fact, according to the Indian statistical data, obesity rates in India have increased by 20 percent, and 40 percent of deaths in this country is associated with cardiovascular diseases (CVDs). Moreover, with 67 million diabetic patients and 30 million in a pre-diabetic condition, India is projected to be the capital of diabetes by 2030.  All of these factors portray the penetration potential of nutraceutical products in IndiaIncreasing food security concerns by Indian consumers have also lead to the development of more fortified foods in the Indian market.

In India, dietary supplements hold the largest share, while the functional foods and beverages segment is relatively smaller. Dietary supplement products are manufactured predominantly by pharmaceutical manufacturers; pure play nutraceutical companies have also started to develop vitamin and mineral supplements in this region. Fortified foods market is projected to grow at a rapid pace with a CAGR of 21.7 percent by 2018, as FMCG companies have started entering the market with different product portfolio for functional food and beverages. Vitamins and minerals hold 36 percent of the total Indian nutraceutical market, followed by probiotic with a 9-percent share and omega-3 fatty acids with a share of 5 percent.  The company DSM Nutritional Products dominates in the vitamins, minerals and omega-3 fatty acids markets, while BASF and Merck are also key participants in the vitamins and minerals market. Danisco, Chr. Hansen and Yakult, on the other hand, dominate the probiotics segment.