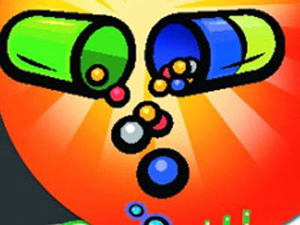 NEW DELHI: The Department of Pharmaceuticals in a presentation, it is preparing to brief Prime Minister Narendra Modi, may pitch for the revival of the domestic bulk drug industry, which has lost much of its sheen over the past decade. Citing instances of depending too much for drug raw materials from China, which has built an immense competitive edge in API (Active Pharma Ingredients, main raw materials) and intermediates, the pharma department could bat for measures to boost the domestic bulk drug sector, government officials told ET.

"In our presentation, we would focus on steps to reboot the bulk drug industry and overall measures to improve the competiveness of the pharma sector," an official told ET. India's API imports have grown at a CAGR of 18 per cent in the last decade from a base of $801 million in 2004 to $3.4 billion in 2013, according to EXIM (Export-Import) database.

An estimate of Indian Pharma Alliance, a grouping of leading domestic drugmakers, reckoned earlier this year that for the API of many common drugs, India is close to 90 per cent dependent on China for imports. The top Indian drugmakers cite the case of APIs needed to manufacture Vitamin C, antibiotics — Metronidazole, Ofloxacin, Livofloxacin — to buttress their argument on high dependence on Chinese imports of bulk drugs. The dependence is much higher in intermediates, raw material other than APIs used in finished drugs. This exposes the pharma sector to price volatility and supply side shocks like the one during Beijing Olympics of 2008, when China decided to shut down many of its API plants due to pollution they were causing, which led to sharp spike in prices of many bulk drugs at that time.

Pushing for improving the competitiveness of the Indian drug industry, pegged at over Rs 1,50,000 crore including exports, the pharma department is likely to make a case for helping small and medium scale firms upgrade their good manufacturing practices and encourage R&D in the sector. It would also seek a mechanism to institutionalize coordination of different ministries that deal with pharma and healthcare.

"We would seek a formal arrangement to make inter-departmental coordination a rule rather than exception. Today, it happens largely on a case-tocase basis whenever the need arises. But because the policymaking mandate in this space is divided between different bits, such as the ministry of health, drug controller general of India, department of pharma, national pharma pricing authority, to some extent department of Industrial policy and promotion, it's important to create an institutional mechanism to facilitate closer working between these different arms of the government," the official said.