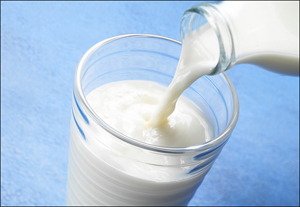 As the second largest milk producer in India after Gujarat, Karnataka plans to promote the item in Africa. Chief minister Siddaramaiah on Monday flagged off a 16,800-litre milk container that left to Chennai port to be shipped to South Africa.

We were getting a lot of enquiries from countries across Africa for our export quality milk as Indian expatriates living there want to savour it.,' said A S Premanath, managing director of KMF

KMF and African countries have signed an agreement for export of KMF's 'Goodlife' milk in tetrapaks. As many as 34,000 litres are set to be exported to Africa, the second foreign destination for 'Goodlife' after Singapore which gets 50,000 a month. KMF already exports its products to 23 countries. The milk would be available in countries such as Senegal, Guinea, Mali, Burkina Faso, Nigeria, Ghana, Togo, Congo, Algeria, Libya, South Sudan, Kenya and Angola.