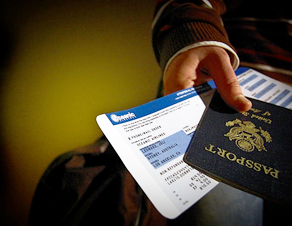 The intention of the government of India to introduce Electronic Travel Authorisation (eta) for foreign travellers was widely welcomed by travel and tourism industry in the country. The decision has brought cheer in hospitality industry which has been grappling with over supply and diminishing demand. Hospitality Biz tries to gauge the spirits of the hotel industry.

It was no doubt a landmark move by the government as well as a great morale booster for an industry which has been on the receiving end of skewed policies of the government for a very long time. The formal acceptance to transform  the visa regime to facilitate smooth entry for discerning travellers by implementing Electronic Travel Authorisation (ETA) is seen as a ‘game changer’ decision by travel industry watchers from around the world.  There are, of course, skepticism as the decision has come at the 24th hour for a government which is on the way out.  It would be interesting to see how the new government takes the initiative forward and act upon it.  A systemic change would definitely take its time, and therefore, the tourism industry in the country will be eager to see how fast the government machineries gear up to create the necessary infrastructure to implement the ETA.

Lack of openness by countries of the world in recognizing the potential of tourism in driving inclusive growth and generate employment has been matter of concern of global agencies like World Travel & Tourism Council (WTTC).  The agency has been engaging governments in constant consultations to remove the policy-related bottlenecks that discourage seamless travel. Removal of prohibitive visa systems was very high on their agenda. A study undertaken by WTTC and UNWTO in 2012 (The Impact of Visa Facilitation on Job Creation in the G20 Economies) estimated  that India can gain from improvements to its visa regime by an additional 6 million more international visitors, resulting in US$8 million more spend and creating 1.8 million jobs over three years.

Therefore, the present announcement by the government to ease visa restrictions has been appreciated by the WTTC. “This is a result of our continuing conversations with the Government authorities to encourage Freedom to Travel for legitimate, bona fide tourists who want to visit India. It will give a necessary boost and competitive advantage to India against other destinations in South Asia and Middle East. This will also provide a major thrust to jobs and employment both direct and indirectly linked with the tourism sector in India. We hope the Government ensures an effective rollout of this much-anticipated program before the ensuing tourist season in 2014. Long term, we would also encourage India to move towards e-visa applications,” David Scowsill, President & CEO of WTTC in a statement said.

Ministry of Tourism, Government of India expects the inbound into the country to grow by about 25 per cent in the coming years with the implementation of the ETA.  The hospitality industry is also quite enthused by the announcement and believes that the move would give impetus to inbound travel and resulting in creating demand for hotel rooms in the country.  The last few years have been tough for the hotel industry as supply has overshot demand in most of the key markets. Says SM Shervani, President, Federation of Hotel & Restaurant Associations of India (FHRAI).  “In the past few years, the tepid performance of the Indian hotel industry has largely been on account of the growth in demand not keeping pace with fresh room supply entering the market. We are confident that along with a steady improvement in the global economy, the impending simplification of our visa norms can translate into substantially higher tourist inflows from next year onwards, which in turn, will allow us to overcome the present demand-supply mismatch. By helping to attract tourists from newer geographies, the streamlined visa policy will play a vital role in enabling the industry to diversify its source markets and gradually reduce our over-dependence on just a few top countries. Similarly, if the new regulations are also able to facilitate a differentiated visa mechanism to meet the distinct requirements of specific market segments such as medical tourists, MICE visitors etc, it would give a strong fillip to the promotion of niche tourism in the country.”

Terming the decision by the government “the most significant” one  in many decades intended to benefit the travel and tourism industry, Jose Dominic, CEO of CGH Earth said that the removing the “barriers” in visa processing will “hasten inbound travel” in coming years.  ETA, he said, is much better than Visa on Arrival (VoA), considering the long wait and queues that travellers have to encounter at the immigration counters in Indian airports.  “Currently,  there is a certain degree of recession in the industry due to couple of reasons.  One obviously is the adverse business environment resulting in lesser business travel; and second less than expected growth in inbound. The ETA will go a long way in stimulating travel into the country and considerably ease the excess supply pressure in the hotel industry,” he said.

“India will also be a country for several travellers who want to take a spot decision and travel like Sri Lanka,  Maldives and Bangkok. We all know what a combursome process getting a visa from Indian embassies abroad. The introduction of ETA will definitely  help genuine travellers,  both business and leisure, to visit India. At present even clearing the traveler after a long flight is pathetic in many airports except a few like Mumbai and Delhi. Government  need to improve the infrastructure rapidly and may even look at privatisation like passports are now handled by TCS,” suggested T Nataraajan, CEO, GRT Hotels & Resorts.

Sushil Gupta, Chairman & Managing Director, Asian Hotels (West)  also believes that the ETA will facilitate increased travel into the country in the years to come.  While the increased travel would create demand for hotel industry in the country, Gupta does not think that the initiative would result in another spurt in investments into the hospitality sector.

While the announcement was widely welcomed by the travel and tourism industry, they wanted the same to be implemented with the necessary infrastructure in place at airports  by September-October this year, so that the benefits are started coming from the next inbound  season.