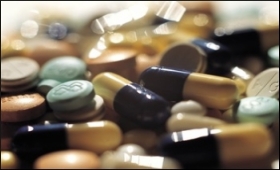 The Indian pharmaceutical industry is emerging as a global leader, raising concerns for its global counterparts in other parts of the world, including the US, said Pharmaceuticals Export Promotion Council of India (Pharmaexcil) Chairman Ashutosh Gupta in New Delhi today.

Replying to a question raised by media on the ongoing differences between India and the US over the Intellectual Property Rights issue, Gupta said that the Indian pharmaceutical sector, driven by large labour force, skills and education, is emerging as a potent competitor to the developed countries, and this may be the reason, he hinted, why some countries, including the US feeling an increased heat.

India is the fastest emerging market in whole world and there is hardly any country in the world which is not touched by the Indian pharmaceutical products, he said, adding that that quality and credibility of Indian medical products are as per with international standard.

Later he, however, added that pharma is kind of industry in which every country wants to be independent. "India and USA are sharing friendly relations; they are good partners in business also," Gupta said.

Recently, the US Trade Representative (USTR) in its Special 301 report kept India out of the Priority Foreign Country list, a worst classification,  but cautioned that they would do a 'out-of-cycle' review of India's IPR regime.

India is manufacturing hub of the world. According to PriceWaterhouse Coopers, finished generics supplied from India account for about 20 percent of the global generic market by volumes. More than 90 percent of WHO Pre- qualified API - Active Pharmaceutical Ingredients (ARV, Anti-tubercular and Ant-Malarials) are sourced from India.

55 percent of India's total pharma exports amounting to USD 14.5 billion is shipped to the highly regulated markets of the world, including the US and EU countries. Japan too holds a big potential of Indian pharma sector.