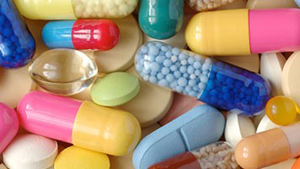 Indian pharmaceutical exports to the US are expected to keep growing despite a spate of import alerts issued by the American drug regulator in 2013, according to a report by India Ratings & Research.

The rating agency said it believes that potential for the domestic pharma industry to grow at around 20 per cent CAGR (compound annual growth rate) over the next five years is intact. This is despite its expectation of an increase in US Food and Drug Administration (FDA) inspections in line with the world's largest economy's increasing dependence on Indian pharmaceuticals and the bad press attracted by them in recent times, the report said.

Export growth to the US is also likely to be robust given the large proportion of abbreviated new drug application approvals received by Indian manufacturers lately.

The number of Indian pharmaceutical manufacturing facilities registered with the FDA was 523, as of March 2014 - the highest for any country outside the US.

The agency also believes that the pharmaceutical industry will establish quality assurance processes as well as a compliance culture to reduce import alerts.

The US has become the single-largest destination for Indian pharmaceutical exports, a position India Ratings expects to continue in wake of the government's resolve to provide affordable healthcare.

However, the owners of the banned facilities will face not only a revenue loss but also a substantial opportunity loss on account of delayed product introductions and expenditure on corrective actions, the report said.