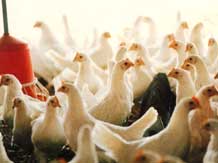 The European Union (EU) has lifted a five-year ban on the import of poultry meat from India, albeit with conditions. To export meat products, treated stomachs, bladders and intestines prepared from fresh meat of domestic poultry, including meat of farmed and wild game birds, exporters need an amended model health certificate, to be issued by the Export Inspection Council of India, the European Commission said.

A transition period of four months (up to September 30) has been given for consignments with existing health certificates, provided this is signed before July 30. “It’s very good news for the Indian poultry sector, as opening exports to the EU will boost overall sentiment. But it will be interesting to see whether any relaxation is made in the quality specifications to commence exports,” said Mohan V K, general manager (sales and marketing), Suguna Foods.

Faced with the spread of bird flu, the European Union had banned import of poultry meat from India five years ago. These fears have subsided, following India culling millions of chickens.

Relaxation in the quality specifications, as sought by Indian authorities, will help companies resume exports. Currently, India exports various poultry products, including eggs and processed meat, worth Rs 500 crore a year. Of this, the EU accounts for 20-25 per cent.

“Given the quality specifications are very stringent, very few companies will qualify for the export norms set up by the EU. Hence, even if the EU market is opened, the Indian poultry sector won’t be able to gain much. But opening the EU market will boost the overall sentiment for exports to other countries as well,” said Mohan.

Rating agency ICRA estimates the poultry sector will report improved margins this financial year, despite volatile realisations, the wide supply-demand disparity across regions and high feed costs. In 2013, domestic poultry meat production (broiler-carcass weight) is estimated to have remained flat at 3.5 million tonnes, with per capita consumption of 2.8 kg a year, while table egg production is estimated to have increased from 66 billion in 2012 to 70 billion in 2013, with per capita consumption at 57 eggs a year. In value terms, the overall poultry market is estimated at about Rs 58,000 crore at the wholesale price level, indicating value growth of eight per cent compared to 2012.

Icra said healthy growth in poultry output through the last decade made India one of the fastest growing markets in this segment, with strong potential due to gap against global per capita consumption and favourable socio economic factors.