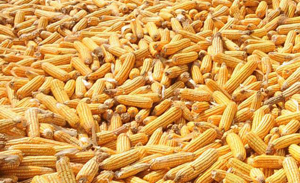 India produces about 23 million tonnes (mt) of maize annually, consumes 19 mt and exports 4 mt. The average yield is 2.5 tonnes/hectare. Our production, consumption and exports are under careful watch internationally by other competing origins (the US, Brazil, Argentina, Ukraine) because India’s export intensity can scale up competitively over the next few years to nearby destinations such as the Far-East and West Asia.

Indian agricultural exports topped $45 billion this year from about $20 billion in 2009-10. Rupee depreciation has also helped.

A Crisil report of March said: “Agriculture growth picked up to 3.6 per cent per year during the 10 fiscals from 2005 to 2014, from 2.9 per cent 10 years prior to 2005 and compared to sub-1 per cent in the 10 fiscals ending 2004. Agricultural investment, fertiliser-use intensity and credit growth stand out as three factors that improved markedly in the past 10 fiscals and boosted agricultural growth.” This statistical narration of upward trajectory can be corroborated by expansion in rice output in eastern India, higher wheat production in MP, Gujarat and Bihar, cotton revolution and Bihar’s contribution to maize output.

At a recent conference on maize in New Delhi last month, Indian speakers were hopeful that with the current tempo maize production will double to 40-45 mt in next five years through a combination of higher yield (4-5 tonnes/hectare) and preferably, without significantly enlarging the acreage. (US’ yield is maximum 10 tonnes/hectare while Latin American range is 5-6 tonnes). Indian export surplus would be 7-8 mt.

Foreign delegates referred to declining usage/expenditure on gasoline in the US implying lower ethanol consumption, thereby leading to softening in corn prices. (In the US, 33 per cent corn out of total production of 353 mt is used for ethanol) .

In short, the indirect message is that India should step up its domestic usage if it wants to increase maize production instead of relying on exports.

In a bearish scenario, India may also have to discount for quality too because of unhygienic storage practices in Andhra Pradesh, Karnataka, Bihar, etc.

Doubling maize demand as feed ingredient in short span may not be possible.

Should the production increase, Indian domestic prices will be resilient to adapt to market dynamics.

Maize trade is market-centric with least intervention from Government.

Minimum Support Price of this coarse cereal generally remains a paper price and only in rare cases and years, the Food Corporation of India procures not more than half a million tonne. Even the inclusion of maize/coarse grain in Food Security Act is thus of little relevance.

Export is completely free from any quotas/registration procedure. Prices are fairly transparent in spot and future markets. Traders can trade as per their perceptions.

India-based MNCs can also hedge exposure both in India and through their parent counterpart abroad. No doubt, India has to expedite building up safe storage/handling capacities for ensuring quality premium on grains.

In this shackle-less environment which trade adores, additional export of about 3-4 mt (total 7-8 mt) of maize in world market of 115-120 mt can be realised in the short term whatever be the demand-supply matrix of major competing nations even though India lacks economies of scale at this point of time.