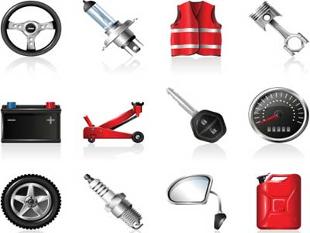 NEW DELHI: At a time when the Indian auto industry is reeling under a prolonged slump, the component makers have something to cheer as exports grew by 4.4 per cent to touch $9.69 billion in 2013.

Despite a decline in import by five per cent to $12.70 billion last year, the country remained a net importer of components, according to latest data issued by Automotive Component Manufacturers Association of India (ACMA).

Commenting on the rise in exports, ACMA Executive Director Vinnie Mehta told PTI: "80 per cent of our exports are to global original equipment manufacturers (OEMs) and tier I companies. Growing credibility of domestic component makers have led to many global companies setting up their sourcing centres in India."

There are 35-40 international purchasing offices set up by various global entities in India now, he added.

The US remains India's biggest component export market but shipments to the country were down 7.1 per cent last year at $1.98 billion. Exports to Germany, the second largest market, registered 8.6 per cent increase at $780 million, while it was up 3.6 per cent to the UK, the third largest, at 580 million.

On the imports front, Mehta said: "The decline in numbers are largely a reflection of the slowdown in the Indian automobile market."

In 2013, China continued to be the number one country from where maximum components were imported, valued at $2.62 billion, up 10 per cent from the previous year.

India's components imports are mainly in two categories -- high tech parts which come mainly from Germany, Japan, Korea and Thailand; and aftermarket parts which are usually originating from China.

Annual car sales in India had declined for the first time in 11 years in 2013, posting a 9.59 per cent dip with the auto industry reeling under a prolonged demand slump due to the economic slowdown.

When asked about the prospects in 2014, Mehta said: "It is really difficult to predict but we don't see the market bouncing back soon, as even after the formation of a new government it will take at least six months to stabilise."

He, however, hoped that there should be some uptick in the October-December quarter.