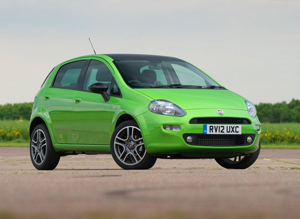 Later this year, the Nepal car market will get the facelifted Fiat Punto and the Avventura hatchbacks. Both cars will be put together at Fiat’s Indian factory in Ranjangaon and will be exported to Nepal as fully built units. Since the official importer of Fiat in Nepal, Batas Brothers Motors, has mentioned that the facelifted Punto and Avventura will be launched there by the middle of September, expect both these hatchbacks to be launched in India at least a few weeks before that. So in India, expect to see the Punto Facelift and the Avventura in showrooms before September.

Another detail to be revealed by the news coming in from Nepal is that both the Punto Facelift and the Avventura will be sold with petrol and diesel engines. The Punto Facelift is expected to continue with the 1.2 liter and 1.4 liter petrol engines. Likewise, the 1.3 liter Multijet diesel engine will be sold with two states of tune. Since the Avventura appears to be a more heavier vehicle than the facelifted Punto, Fiat might use only the more powerful 1.4 liter petrol engine and the 90 Bhp version of the Multijet diesel engine on the crossover like hatchback.

Sales of the Fiat Punto have been steadily improving for the past few months as the Italian company has increased the number of dealerships across India. By the end of this year. Fiat hopes to have 150 independent dealerships in India. Expect sales of Fiat cars to improve further with the addition of new dealerships and also the newly launched Avventura model. Since the Avventura comes with rugged styling and an SUV like ground clearance, the hatchback is expected to sell more than both the Volkswagen Polo Cross and the Toyota Etios Cross. Fiat is truly and finally on the path of growth in India and we wish the company well.