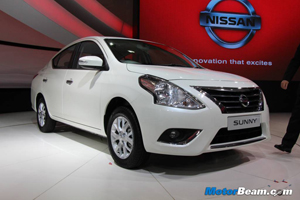 Nissan Motor India has overtaken Maruti Suzuki to become the country's second largest car exporter with a 17 per cent increase in shipments in 2013-14. Hyundai Motor India continues to retain the top spot.

A major reason for decline in Maruti Suzuki's exports has been the change in the homologation norms in Algeria and several African countries signing a preferential import duty agreement with European companies. Cars from European manufacturers enter these markets with a 10-20-per cent lower duty than that imposed on Indian carmakers.

According to the latest figures compiled by the Society of Indian Automobile Manufacturers (SIAM), total car exports from India remained flat at 5.50 lakh units during 2013-14.

Toyota Kirloskar Motor and Volkswagen India also recorded an increase in exports but this was on much smaller base. While Toyota' exports of passenger cars rose 16.31 per cent to 27,266 units, Volkswagen clocked a close to fourfold increase in shipments to 32,588 cars.

Nissan is anticipating a rise in exports in the next two years with the addition of Datsun. The company plans to export parts of Datsun to other emerging markets where the brand will make a debut soon.

The carmaker also exports a number of engine and body parts to over 14 countries, including the UK, Brazil, Mexico and the US.

Nissan began to export cars in 2010 from its Oragadam plant near Chennai and currently ships 85 per cent of its production to overseas markets. It exports fully-built cars such as Micra from Chennai, its strategic production hub for Africa and Europe.

The company has now started exporting completely knocked down kits of its sedan Sunny to Egypt. These kits from India would be assembled by the local Nissan subsidiary abroad.