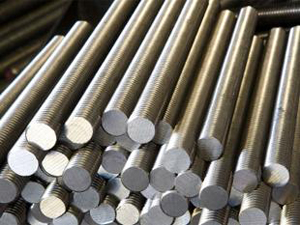 India has now turned out to be the net steel exporter in 2013-14 after a gap of six years and is likely to maintain the momentum in 2014-15, as producers are looking to dock more overseas shipment to tide over subdued domestic consumption.

‘India exports about 5.59 million tonnes of steel, as compared to its imports of 5.44 million tonnes,’ reported the Joint Plant Committee (JPC), which is a unit of the Steel Ministry. About 4.1 per cent higher exports and 31.3 per cent decline in imports helped India become net exporter of steel. While higher exports were driven by volatility of rupee and mismatched demand-supply situation in the country; imports were lower mainly due to slowdown in the domestic economy, the committee said.

India's steel consumption grew by just 0.6 per cent in 2013-14, its lowest in four years, to 73.93 million tonnes, impacted by a slower expansion of the domestic economy and lower imports. Official reports also stated that the low growth rate in domestic steel consumption indicated that base level demand conditions continued to be weak during 2013-14.

Construction sector accounts for around 60 per cent of the country's total steel demand while the automobile industry consumes 15 per cent. Both sectors were hit by a slowdown in the economy, which according to Central Statistics Office estimates grew by 4.9 per cent in 2013-14, against the growth rate of 4.5 per cent in 2012-13.

Sensing poor demand in store, almost all domestic steel producers, both public and private, tried to export vigorously and showed good growth in overseas shipments last fiscal. Steel Authority of India Ltd (SAIL) even  clocked a 30 per cent growth in exports in 2013-14 and aims to more than double the shipments to 1 MT in 2014-15. Rashtriya Ispat Nigam Ltd (RINL), which exported 1 lakh tonne steel last fiscal year, aims to treble that in the current fiscal year.