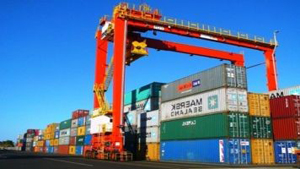 Merchandise exports of the country in FY2012-13 aggregated at $300.4 billion. The overall shipments in 2013-14 were short of the target of $325 billion fixed by the government for the period.

India missed its goods export target for 2013-14 as exports were down in March 2014 for the second straight month on sluggish demand in major markets, loss of preferential access to the EU and quality issues with drug exports.

The sharpest fall was registered by gems and jewellery exports, during the month, even as pharmaceutical exports remained almost static.

Imports were down overall, due mostly to a decline in gold and silver imports, but also due to a sluggish manufacturing sector.

Meanwhile, exporters remain deeply apprehensive due to a deceleration in shipments from the strengthening rupee.

Business Line quoted Engineering Export Promotion Council Chairman Anupam Shah as saying any more increase in rupee value against the US dollar and other hard major currencies would further dent India's exports, which had somehow managed to sail through the troubled global markets, partly helped by the currency depreciation (earlier this fiscal).