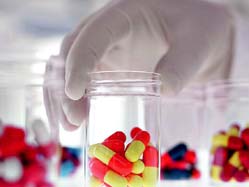 In a bid to strengthen the existing infrastructure facilities and to enable the Indian pharmaceutical industry to play a leading role in a competitive global market, as well as to increase the added value of the domestic pharmaceutical and life sciences industry, India's Department of Pharmaceuticals has outlined a Cluster Development Program for the sector, report The Pharma Letter’s Indian correspondent.

Since these are very capital intensive operations, and cannot be established by SME drug manufacturing units on their own given their financial constraints, the government has decided to step in. Global technical expertise would also be part of the package, as would be investment and partnership strategies, as well as easy access to standard testing facilities.

As an official of the Ministry of Chemicals and Fertilizers said: “Developing and strengthening partnerships is particularly important for both scientific units and SMEs. Most companies need to address the challenges of resources and expertise. They need to tackle business growth as well as profitability. The aim of the cluster is to provide supportive business and financing measures.''

The long term trend, the government official added, would be to inculcate something on the lines of a pharmaceutical “nursery.”

As consulting firm Deloitte has noted, India holds an over 10% share of global pharma production, manufactures over 400 different active pharmaceutical ingredients and has more than 60,000 generic brands across 60 therapeutic categories. There is little doubt about the growth potential of the Indian pharmaceutical sector.

With Indian companies expected to garner $40 billion in sales, given that 46 US drug patents are set to expire by 2015, drug exports from India by FY 2015 are set to be higher than domestic sales. India's pharma sector registered strong export growth between 2007-08 and 2012-13, expanding at a compounded annual growth rate of 22%. For the medium term, the sector is expected to continue growing at the same rate.

Moreover, given the increased utilization of manufacturing facilities, domestic pharma sales and profit margins are expected to improve, and the overall potential is expected to result in increased investments in the Indian drug sector.

With cluster-based approach increasingly being recognized as an effective and sustainable strategy, the Indian government has decided that the pharma cluster scheme would leverage the geographical proximity of the enterprises, on the `collaborating while competing' principle.

Given the urgent need to provide critical mass for customization of interventions, the Department of Pharmaceutical has sought to set up the pharma cluster focussed on shared research and development (R&D) facilities.

Shrikant Jena, Union Chemicals and Fertilizers Minister, said collaborative and strategic partnerships between public and private sector participants were contributing to the development and growth of the pharma, life sciences and biotechnology industry across the globe. India's SME pharma sector needed to get a major fillip in this region, he noted.

Stressing the importance of technological advances for keeping costs manageable, Mr Jena said that, given the maturity of new technologies, a clustered approach would be quite easy to manage centrally and tailor to local needs. The government is banking on the fact that cluster organizations tend to play a crucial role in contributing to industry growth and development, by providing platforms for industry, academia, policy makers and investors to interact and collaborate.

The major objectives of the Indian government's cluster scheme are to reduce the cost of production by 20% in the clusters leading to better availability and affordable medicines in the domestic market; to exploit the benefits arising due to optimization of resources and economies of scale; and to strengthen the existing infrastructure facilities in order to make the Indian pharma sector a global leader in pharma exports.

The aim, as outlined by the government, is also to provide information on the latest global developments in the sector related to regulations, intellectual property rights (IPR) issues, new products and new markets, among others, and to help the industry meet the requirements of standards of environment at a reduced cost.

With some pharma SME achieving visible progress, the government is keen to ensure outcome-focused measures. Moreover, in order to ensure that these companies can continue to face challenges, namely global competition, the government has decided that the cluster approach would help them tackle increasing R&D costs amidst an uncertain funding environment.

JS Deepak, Department of Commerce and Industry, noted that the scheme would help Indian R&D professionals, eager to return home from their stints in Big Pharma, to start their own companies. By leaving the country, these skilled professionals were part of the brain-drain that India had to undergo. After relocating to India, these professionals could become a part of the cluster, he said.

The scheme is also aimed at supporting Indian entrepreneurs who want to set up innovation clusters in their region. The cluster approach would help scientists carry out their research, and later file patents on their own innovation. This would help the Indian pharma industry grow much faster, added Deepak.

While the total size of the scheme has been proposed as $20 million, it would be implemented on a public-private partnership (PPP) model, through one-time grant in aid to be released in various phases. The latter would be for the creation of identified infrastructure and common facilities.

Stating that the share of the cluster beneficiaries should be as high as possible, but not less than 10% of the total cost of the common facility centers, the government has held that state governments and other stakeholders contribution would be considered as gap filling funds.

The Department of Pharmaceuticals has emphasized that it would engage the services of an agency that has experience in developing, financing and executing the cluster development and upgrading projects, from the stage of conceptualization to commissioning.

As Daara Patel of the Indian Drug Manufacturers' Association pointed out, markets were changing everywhere, and governments were concerned about the cost containment issue. India is not alone in this regard, he said, adding that, while every government is trying to make health care affordable, it is important to strike a balance between access and innovation.

With the pharma sector in India expected to generate total sales of $27 billion by 2016, according to the Deloitte report, the drug industry is set to register a growth of 14.4% from last year. The consultancy firm pointed out that pharma sales in India stood at $22.6 billion in 2012, and are expected to rise to $23.6 billion in 2013.