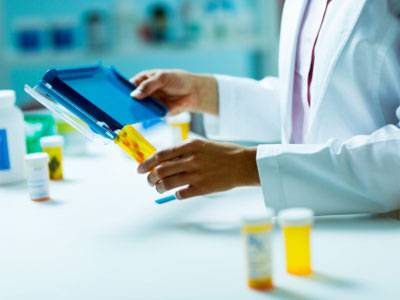 India's pharma industry has been at the forefront of the public health revolution to make medicines affordable. Generic drug manufacturers in India have lowered prices of a range of therapeutics and saved millions of lives.

Indian generics account for 30% of the US market and are critical to President Barack Obama's affordable healthcare programme. Data from the 2013 Generic Drug Savings in the US report shows generics saved the US health system a staggering $1.3 trillion in the most recent decade.

The Indian pharma industry accounts for 6% of the global pharma industry in value and 25% in volume. And one in every three children around the world is immunised by vaccines made in India. But recently, the reputation of "The Pharmacy to the World", as India's drug industry is called, has been sullied.

Ranbaxy, Wockhardt, Sun Pharma and some others have come under the USFDA scanner. A few of their products have been banned or recalled and some of their processes red-flagged for non-compliance with current good manufacturing practices (cGMPs).

These quality-control issues - a few major and mostly minor - are damaging India's reputation. While a few Indian drugmakers are to blame for this, it is evident that vested interests among global pharma stakeholders are resorting to propaganda to project the whole of India's pharma industry as having poor regulatory standards.

USFDA Commissioner Margaret Hamburg recently tried to set the record straight when she said how "recent lapses in quality at a handful of pharmaceutical firms" had overshadowed the good manufacturing and quality process of many Indian companies.

The Indian pharma industry's quality standards are already quite high, thanks in part to the export thrust. But the perception that India-made drugs are of "bad quality" is largely due to many related and unrelated convergence of events.

One, India's growing market share in the US draws greater USFDA scrutiny. Stricter USFDA regulations have also led to a sudden spurt in alerts and notices: 195 drug facilities in India were inspected in 2012 versus 11 in 2002.

Although 19 "import alerts" were issued to drug manufacturing factories across India by the USFDA in 2013, barring them from supplying medicines to the US, for the same period, there were seven FDA import alerts against Chinese companies; and two each against companies in Australia and Japan. Recall that India has 119 USFDA-approved manufacturing sites, the highest outside the US.

The absence of global harmonisation of quality systems makes it all the more challenging for India that exports to the US, Europe, Australia, Japan, etc, to comply with a plethora of global regulatory guidelines across diverse geographies and may sometimes fall short of regulatory expectations.