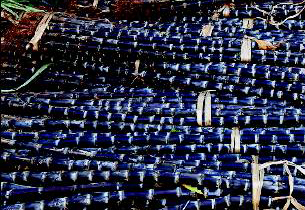 Raw sugar export has become unviable even after export subsidy is included because domestic prices have rallied 24% in the last few weeks. India is likely to re-enter the world market only when global prices increase.

Export contracts have decreased after the rally in domestic prices began in February and peaked in March. Ex-mill prices increased from Rs 25 per kg in February to Rs 32 per kg in April. A range of factors including less pressure on sugar mills to sell sugar as the crushing season is in its closing phase, availability of soft loan from banks as well as production concerns due to El Nino fears along with policy decision is behind the steep increase in prices.

"No new sugar deal is happening as export is not competitive now," said a Mumbai-based exporter. Even after taking the subsidy into consideration, the realisation from raw sugar export for mills is Rs 27.50 per kg while tenders for sale in domestic market ex-Kolhapur are quoting Rs 32 per kg. The physical shipment of earlier deals will go on till the rainy season sets in June, when transportation becomes difficult.

The year 2013-14 is set to be the fifth consecutive year of surplus production. Ex-mill prices in India, which were about Rs 31 per kg in February 2013, fell to Rs 28 per kg when crushing began in November and crashed to Rs 25 per kg in February. The Central government announced a subsidy of Rs 3,300 per tonne for raw sugar export and interest-free soft loan to enable mills pay farmers.

Meanwhile, the Maharashtra State Co-operative Bank, the apex co-operative bank in the state and prime lender to co-operative sugar mills, has increased its valuation of sugar. This will make more liquidity available to mills, which are still crushing sugar.

"Based on sugar prices of the past three months, we have increased valuation to Rs 2,585 per quintal from April 1 from earlier Rs 2,540 per quintal," said Pramod Karnad, managing director, MSC Bank.