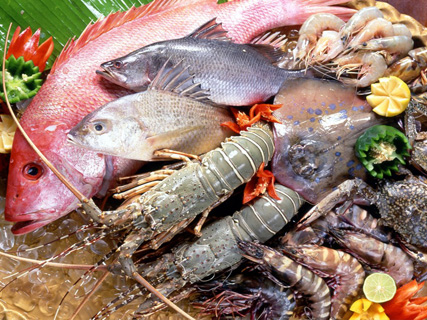 Seafood export from India crossed 1 million tonne for the first time and the earnings crossed $4.5 billion during 2013-14, according to provisional estimates of the Marine Products Export Development Authority [MPEDA].

This promising performance was due to two major factors - serious fall in the production and export of shrimp from South East Asian countries and the lowering of countervailing duty [CVD] on Indian shrimp in USA.

Production in South East Asian countries had been affected badly due to the spread of a disease called Early Mortality Syndrome [EMS]. Supply from Thailand, world's second largest shrimp producer, dropped around 50% from their normal production size of 500,000 tonne per year. Likewise, other leading producers like Vietnam and Malaysia have been hit badly.

Spread of EMS also caused shrimp prices to increase across the world and this in turn helped the steep rise in earnings, he added.

However, USA was the largest market for Indian shrimps in dollar terms as the country imported 51.24% of the total Indian shrimp exports. This was followed by 16.10% to South East Asian countries, 15.82% to EU and 4.94% to Japan.