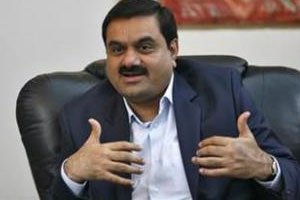 The market breadth, indicating the overall health of the market, was positive. On BSE, 1,551 shares rose and 1,251 shares fell. A total of 144 shares were unchanged.

Among the 30 Sensex shares, 16 rose and the remaining shares fell.

GMR Infrastructure declined 0.39%. The company today, 10 April 2014, said that GMR Highways has completed the Chennai Outer Ring Road Phase I project. The state government of Tamil Nadu and all concerned agencies issued a provisional certificate for completion with effect from 15 June 2013 for the GMR Group's Chennai Outer Ring Road project. This milestone will add to the cash flow of GMR by Rs 118 crore every year for the next 17 and half years, GMR Infrastructure said in a statement.

Completed on Design, Build, Finance, Operate and Transfer basis, the GMR Chennai Outer Ring Road project connects Vandalur on NH-45 to Nemillicheri on NH-205 via Nazaratpet on NH-4. GMR won this prestigious 29.65 Km project through international competitive bidding. The concession period of the project is 20 years including 30 months of construction. The commissioning of the project will significantly ease traffic congestion along the western periphery of Chennai city. The Outer Ring Road connects the northern and southern suburbs of Chennai and will be a catalyst for expansion of the city and help growth of the industrial hubs in this region through better connectivity, GMR Infrastructure said.

Commenting on the commissioning of the project Mr. BVN Rao, Business Chairman of GMR Urban Infrastructure & Highways said: "The Chennai Outer Ring Road is GMR Group's 9th highway project. Over the years we have developed significant expertise in design, construction and operation of highway projects. With growing urbanization and more cities planning ring roads and peripheral roads to enable better connectivity, the GMR Group is ideally placed to partner with state governments in similar projects."

Cairn India is a subsidiary of Sesa Sterlite.

Vedanta group firm Hindustan Zinc fell 1.13% to Rs 131.80. The company announced during trading hours today that its mined metal production dropped 23% to 200,000 tonnes in Q4 March 2014 over Q4 March 2013. Mined metal production rose 1% to 880,000 tonnes in the year ended 31 March 2014 (FY 2014) over the year ended 31 March 2013 (FY 2013). Production in the second half of FY 2014 was lower than what the company had planned initially due to slower than expected ramp up of underground mining projects and changes in mining sequence, wherein preference was given to primary mine development.

Hindustan Zinc is a subsidiary of Sesa Sterlite.

Vedanta group firm Sesa Sterlite edged higher after unveiling production data for Q4 and year ended 31 March 2014. The stock rose 0.35% at Rs 198.30. In Karnataka, the company resumed iron ore mining on 28 December 2013 and optimized its approved annual capacity of 2.29mtpa, which resulted in a production of 1.5mt in FY 2014. However, only 27 kt was sold during the year. At Goa, the company participated in e-auctions of inventory and sold 0.3 million tonnes in Q4 March 2014 but these were not accounted for as sales since the dispatches did not take place during the quarter. These dispatches have commenced in April.

Regarding mining in Goa, the Expert committee appointed by the Supreme Court submitted its second interim report to the Court on 24 March 2014. The Expert committee, in its report, recommended that 27.5mtpa was a sustainable extraction level in the state, but suggested that the ideal permissible limit be 20mtpa until a scientific study is completed within 12 months. The decision of the Supreme Court is awaited on this matter, the company said.

Shares of Adani group companies surged on renewed buying. The Adani group is known for its proximity to Gujarat Chief Minister and Bharatiya Janata Party's (BJP) prime ministerial candidate Narendra Modi. Investors are betting that the BJP led National Democratic Alliance (NDA) will be able to form the next government at the centre with support from some regional parties after Lok Sabha elections which conclude in mid-May this year. Shares of Adani Power rose 1.35%.

The next major trigger for the stock market is Q4 March 2014 and year ended 31 March 2014 (FY 2014) corporate earnings. Investors and analysts will closely watch the management commentary that would accompany the results to see if there is any revision in their future earnings forecast of the company for the year ending 31 March 2015 (FY 2015) and/or for the year ending 31 March 2016 (FY 2016). Indian companies will start reporting their Q4 and full year results from mid-April 2014, with Infosys announcing its results on 15 April 2014. The results season will conclude in end-May 2014.

A major near term trigger for the stock market is the outcome of the upcoming Lok Sabha elections. The 36 days long voting process began on 7 April 2014 and will conclude on 12 May 2014. The results will be declared on 16 May 2014 after which India will get a new government. The term of the current Lok Sabha expires on 1 June and the new House has to be constituted by 31 May.

The Bank of England kept its key interest rate at a record low after a monetary policy review today, 10 April 2014, as policy makers try to gauge the amount of spare capacity in the economy. The Monetary Policy Committee (MPC) also kept its asset-purchase program on hold at 375 billion pounds ($629 billion), according to a statement released in London by the central bank.

Asian stocks edged higher in choppy trade on Thursday, 10 April 2014, as China's central bank pumped money into the banking system for the first time in nine weeks. Key benchmark indices in China, Hong Kong, South Korea and Taiwan were up 0.2% to 1.51%. Japan's Nikkei Average ended almost unchanged of the day. In Singapore, the Straits Times index was off 0.2%.

Stocks tumbled in Indonesia after the nation's early legislative vote results showed the opposition party favored by investors failed to win enough support to run for the presidency without forming a coalition. The Jakarta Composite index was off 3.8%.

Chinese exports fell 6.6% in March, extending the steepest drop since 2009 in February and missing the estimate. China's imports plunged 11.3% last month down from growth of 10.1% in February and below the estimates. China's export data have been distorted by inflated numbers in early 2013, when some companies filed fake invoices to disguise capital inflows.

China's Premier Li Keqiang today, 10 April 2014, said China will not take any forceful stimulus measures to counter short-term fluctuations in its economic growth, stressing again that authorities have flexibility in achieving the 2014 growth target. Sustaining healthy growth in China's labour market is most important for the government, Li told an investment forum in China's southern island of Hainan. Whether China's annual economic growth comes in slightly above or below a targeted 7.5% is less important in comparison, he said.

Li said China plans to create conditions that will link the stock exchanges in Hong Kong and Shanghai to deepen the nation's capital markets.

The Bank of Korea left its key rate unchanged at its first policy meeting under Lee Ju Yeol, as low inflation gives the new governor room to support growth in Asia's fourth-biggest economy. The central bank held the seven-day repurchase rate at 2.5% for an 11th straight month, it said in a statement in Seoul today, 10 April 2014.

Trading in US index futures indicated that the Dow could drop 36 points at the opening bell on Thursday, 10 April 2014. US stocks rallied on Wednesday, 9 April 2014, with technology shares gaining the most in two months, as minutes from the Federal Reserve's last meeting eased concern about the timing of future interest-rate increases.

Several Fed policy makers said a rise in their median projection for the main interest rate exaggerated the likely speed of tightening, according to minutes of their March 18-19 meeting released on Wednesday, 9 April 2014. Federal Reserve officials fretted last month that investors would overreact to policymakers' fresh forecasts on interest rates that appeared to map out a more aggressive cycle of rate hikes than was actually anticipated.

The published rate forecasts of the current 16 Fed policymakers, known as the "dots" charts, suggested the federal funds rate would end 2016 at 2.25%, a half percentage point above Fed officials' projections in December. In minutes of the March 18-19 meeting published on Wednesday, several of the meeting's participants said the charts "overstated the shift in the projections," suggesting the Fed is not as eager to tighten policy as the dots had seemed to suggest. The minutes also showed that officials wanted to emphasize that the official policy statement, and not the dots charts, give a better indication of the likely path of rates.

After its March meeting, the Fed said in a statement that it would wait a "considerable time" following the end of its bond-buying program before finally raising interest rates.