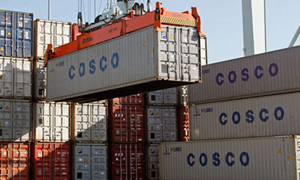 A lot is happening across the spectrum of food business. Output and local sales of food items are growing, boosting profits of companies. Besides, food export earnings are up and import bills down, creating a food trade surplus.

This surplus has emerged due to many factors. Most noteworthy are the increase in average export prices of rice, fruits and vegetables; growth in seafood exports after the lifting of the EU ban in August 2013; and a big jump in export of oilseeds, nuts and kernels, both in terms of volumes and forex earnings.

“It’s for the first time that the country exported about 50,000 tonnes of oilseeds, nuts and kernel in just eight months of this fiscal, and earned in excess of $67 million, mainly because of higher sunflower and canola oilseed output,” points out one leading exporter.

In the year-ago period, the export totaled 17,000 tonnes, and earnings were just below $21.5 million.Earnings from Basmati rice rose 6pc to $412 million, even though export volumes shrank 9pc. Similarly, forex earnings through exports of non-Basmati rice soared 30.6pc to $1.04 billion, despite a low expansion of 4.6pc in shipments.

The launch of the ‘Rymah’ brand of rice in the UAE last year helped the company boost its exports there, officials say. Rymah is available in 2kg, 5kg, 10kg and 20kg packs.

Meanwhile, exports of fruits and vegetables fetched $338 million and $139 million in 8MFY14 respectively, showing year-on-year increases of 23 and 11pc, despite the decline in export volumes of 3.9 and 3.3pc. This means that higher per-unit price was in play in this case as well.

Former chairman of the Pakistan Fruits and Vegetable Exporters Association Abdul Waheed says $180 million worth of kinnow exports also made a difference.

The Al-Shaheer Corporation, a leading meat exporter, and its subsidiary, Meat One, have given a great boost to exports of beef and mutton, particularly to Gulf countries. The trend continues.

On the poultry side, K&Ns has lately made big strides both in meeting local market requirements and in successfully branching out in the US by making an initial investment of $5 million.

Currently, poultry meat export is not shown separately in the monthly food trade data of the Pakistan Bureau of Statistics. But industry sources say poultry meat is mainly exported to Afghanistan, Central Asia and GCC.

For some time, healthy developments have also been seen on the food import front. Comparing July-February FY14 data with year-ago statistics shows that import volumes of tea remained static at 87,000 tonnes.

Imports of soybean oil slipped 2.4pc to about 35,600 tonnes, and since this happened at a time when prices were low, the import bill declined by a much bigger 20pc to about $37.4 million.

Meanwhile, import volumes of palm oil, at around 1.5m tonnes, also remained more or less unchanged from the year-ago level. And as global palm oil prices were down, import payments shrank by 12.5pc to $1.228 billion. Similarly, imports of pulses, at $186 million, were 22pc lower from the last year, thanks chiefly to higher local output.

All the above-listed factors helped in trimming the overall food import bill by 10pc for 8MFY14.

Edible oil imports have remained static because of increased availability of oilseeds. But the amount of imported tea did not go up, because of smuggling of the beverage into the country under the garb of Afghanistan transit trade, businessmen say.

Food companies have lately been performing well for a variety of reasons, the most notable rising awareness of quality conscious consumers. Stock prices of food companies listed on the KSE rose more than 60pc in 2013.

“If we need to ensure that the growth of food companies translates into higher exports and contributes to food trade surplus, we will have to focus more on exports of value-added food products,” says a senior executive of Shan Food Industries, which exports ready-to-use packaged spices.

“On the other hand, we will also have to work more on import-substitution projects like cultivation of tea in KP, or growing of olive trees in the Potohar region and Balochistan.”