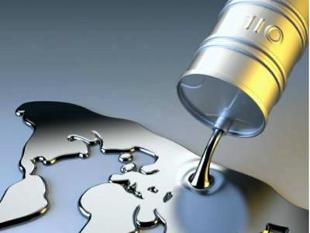 Oil India Ltd (OIL) plans to raise $900 million in foreign debt to refinance a loan taken to fund its share of a stake in a super-giant Mozambique gas field acquired jointly with Oil and Natural Gas Corp (ONGC), according to a source with direct knowledge of the development.

ONGC and OIL, the nation's biggest state-run explorers, completed the $2.475-billion purchase of Videocon Industries' 10 per cent stake in the Rovuma-1 field in the waters off the African nation in January.

The stake was initially split in 60:40 between ONGC Videsh Ltd (OVL), the overseas arm of ONGC, and OIL. Since OVL acquired an additional 10 per cent in the field on its own, Oil India got 1 per cent more, thereby equally splitting Videocon's interest.

"OIL had arranged for a short-term bridge loan for one year of $1.3 billion to fund its share," the source said.

Of this, $1.03 billion was utilised to acquire the initial 4 per cent stake and the remainder will be used to buy the additional 1 per cent interest from OVL. The bridge loan is to be repaid within one year.

OIL plans to raise funds through a mix of foreign currency bonds and long-term external commercial borrowings to refinance the bridge loan.

The source said OIL wants to raise up to $900 million through the issue of US dollar bonds. It has mandated Citi, Deutsche Bank, HSBC, RBS and Standard Chartered as the issue managers.

The borrowing will insulate the company from volatility in the rupee-dollar exchange rate. Raising debt overseas and paying for the acquisition in offshore accounts of the seller would insulate the deal from currency fluctuations, he said.

The Rovuma-1 field holds 45 to 75 trillion cubic feet of gas reserves, which are proposed to be converted into liquid form (LNG) for export to nations including India.