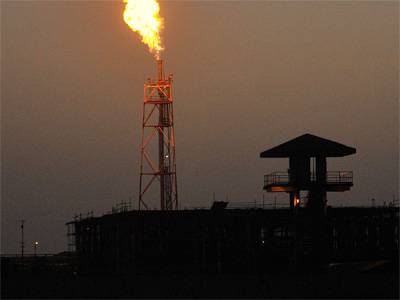 NEW DELHI: The oil ministry on Thursday justified the decision to revise gas prices, insisting that it was necessary to attract more investment in oil exploration to ensure the energy security of the country in the long-run, brushing aside court concerns that any such hike would affect consumers across the board.

A bench, comprising of Justices BS Chauhan, Jasti Chelameswar and Kurian Joseph, had made remarks to this effect shortly after RIL counsel Harish N Salve had claimed that any such hike would not affect LPG or CNG prices as the gas was being supplied only to the power and fertiliser sectors.

On Thursday, Additional Solicitor General L Nageswar Rao told the bench, hearing twin PILs challenging the legality of the government's production-sharing contract with RIL on the KG basin, that "whatever was there must be explored".

Forty-five to 50% of the gas deposits are in the high seas and require huge investments, he said. The success rate of discovery was also only 25% to 40%, he said. "This (revision in prices) is necessary to attract more investments. Otherwise, we will be paying double the price for imports," he said, reacting to the court's observation on Wednesday that any hike would raise prices across the board.

"Undoubtedly it is a matter of policy not for RIL alone but for all activities now and also for pre-NLEP (new licensing and exploration policy) contracts," he said. The court would normally not interfere with such policy decisions, he said, citing an earlier decision by the court to keep its hands off another similar controversy involving ONGC and a Rajasthan gas field.

A note submitted by the ASG to the court on Thursday said that the country was self-sufficient in natural gas till 2004 when it started importing it for the first time from Qatar. In 2011, India became the largest importer of LNG worldwide, the note said.

Power and fertiliser were the biggest consumers of natural gas in the country, it said. The government law officer argued that the price fixation mechanism had in the meantime changed from an administered price mechanism in which price was fixed at costs plus a return on investment to one in which prices set by the market.

Producers earlier had to sell at controlled prices, but were compensated by the government. But the new domestic natural gas pricing guidelines, 2014, contemplate a switch to a market-price oriented formula suggested by the Ranjagarajan committee in 2012, his note said.

The determination of the pricing formula, he claimed, was a complex process which fell strictly in the area of economic policy decisions of the government. The court also lacked the necessary expertise to examine the issue, he argued.

Citing an earlier decision in the Balco case, he said: "Matters relating to economic issues always have an element of trial and error, so long as the trial and error are bona fide and done with best intentions, such decisions cannot be questioned as arbitrary, capricious or illegal."

The bench at one stage commented that simply saying that it was an economic policy decision was not enough to keep the courts off from reviewing it, especially if the decision was about a state-owned resource. The government would also have to prove that any such decision was not arbitrary, justices Chauhan and Chelameswar said.