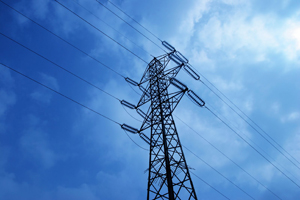 Tata Power now has a gross generation capacity of 8,560 MW of which 7,647 MW comes from thermal and 912 MW from green energy sources.

Currently, the company has a total of eight projects in solar, wind, hydro and one gas- based project under execution.

In wind power, it has inked power purchase agreements with Tata Power Renewable Energy Ltd (TPREL) for supply of 81.5 MW, which is under development. Tata Power, through its joint-venture company, Cennergi, is developing two wind power projects of 94.8 MW and 134.4 MW in South Africa. Both the projects have long-term contracts to supply power to the local utility there.

In solar, a 25 MW plant at Palaswadi, Maharashtra, is under development. The company has entered into a 25-year PPA with TPREL for supply of the power to be generated.

Dagachhu hydroelectric power project with an installed capacity of 126 MW is being developed in Bhutan. Tata Power has a 26 per cent stake in the project. Tata Power Trading Company Ltd will purchase and import power generated at the Dagachhu plant into India. The PPA is valid for 25 years.

Tata Power, through a joint venture company, is developing hydroelectric projects in Southwest Georgia. The company is expected to export power to Georgia and Turkey.

The 202.5 MW Kalinganagar Project, a co-generation plant at Kalinganagar Industrial Complex, Odisha, is being set up by Industrial Energy Ltd. Tata Steel and IEL had entered into a memorandum of understanding in 2011 to establish the captive plant. The project is expected to be commissioned in FY15.