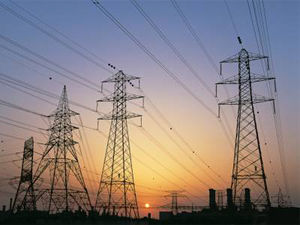 Adani Power on Thursday commissioned the fourth 660 mw unit of its Tiroda project in Maharashtra, which took the Gujarat-based company's total installed capacity to 8,620 mw.

Tata Power has installed capacity of 8,560 mw. Tata Power also has 1,000 mw in advance stage of commissioning and is considering 849.2 mw of projects based on wind, solar, hydro and gas energy in India and overseas.

Adani Power has accounted for 15% of the 17,000 mw of capacity added by developers in India during 2013-14. The company is hopeful of maintaining its leadership position in the sector, but it won't be announcing any projects for now. "We will add only one more 660 mw unit at Tiroda to close this fiscal year with installed capacity of 9,280 mw," Chief Executive Vineet Jain told ET. "Instead of adding more capacity in view of the ongoing concerns in the sector, we will now focus on consolidating our position."

According to him, despite incurring Rs 3,000 crore of losses during the first three quarter of the just-ended fiscal year, it has been supplying power regularly to distribution utilities.

Many of India's state power distributors are in bad health, and are unable to make regular payments for the power they buy. While this hurts power producers, they are also badly hit by fuel shortages - mainly of coal and gas that fire most of the country's generation units - leading several of them to delay projects announced earlier and stay away from new announcements.

Out of country's 1.63 lakh mw of installed thermal power generation capacity, private sector accounts for 50,000 mw while utilities run by state and central governments control the balance. Jain said the company will go back to planning only after the next government provides more clarity over issues concerning the developers.

Jindal Steel & Power, which is currently in the process of completing power projects announced earlier, has decided not to add any capacity until fuel supply and environmental clearances are secured. "Most of the capacity being added at the moment is from the projects which were started three-four years ago at which time the industry looked very promising," a company spokesperson said. "It's important to know that no new significant power projects are coming up in the private sector.

And that would remain the trend until there is more certainty about the future of power sector as also availability of fuel and transmission capacity is assured," this person said.

In the past few weeks, Jindal Steel & Power commissioned two 600 mw units at Tanmar. It is scheduled to add one more 600 mw unit by October to have total capacity of 3,400 mw. "In the power sector, many of the projects had reached a stage from where it was not possible for the developers to abandon the plans. So the only option for the developers was to commission their power projects," said Association of Power Producers Director-General Ashok Khurana.