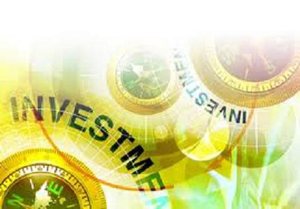 Dar es Salaam - At least seven Indian companies are this year expected to build factories in Tanzania that will cost $250 million (Sh350 billion) and create over 6,000 jobs.

Industry, Trade and Marketing minister Cyril Chami told reporters in Dar es Salaam after his seven-day visit to India that the companies were eager to invest in the country.

"We can confirm that these projects will start within six months and will create jobs for Tanzanians," he said on arrival at Julius Nyerere International Airport yesterday.

Mr Ambani revealed this last month at the end of talks with Natural Resources and Tourism minister Ezekiel Maige at Serengeti National Park.

"We are going to diversify our business by expanding into tourism sector as well. Tanzania is also becoming a very potential area for business," he told journalists, emphasizing he would particularly target luxury hotels chain to boost the growing tourism industry.

"They currently have a factory along Pugu (Nyerere) Road, but they plan to build a bigger one...the current factory employs about 400 people," he said.

Dr Chami said another Indian investment will cost about Sh30 billion ($20 million), and will involve the assembling of Bajaj tricycles and motorcycles, creating 500 jobs.

"I was with the right people in my delegation because Mr Kittilya was to explain to them about our tax regimes and the rest gave explanations on available opportunities as well as available infrastructures for investment," he said.

He named other anticipated projects from India as the Seed Industry that is going to be built by Science and Corp Ltd that will help in the implementation of Kilimo Kwanza intiative.

The project would cost $3 million and create 500 more jobs.

Dr Chami said Lotters Packaging Ltd would invest $1.2 million in a packaging materials factory. "We had no packaging industry in our country now and this investment is important for enhancing our products," he said.

Other investment will be by UK Electrical, which will produce water pumps. The same has started talks with a local company, which he did not name, for producing spare parts and small machines which he said will be very helpful to the mechanics operating in areas such as Gerezani in Dar es Salaam.