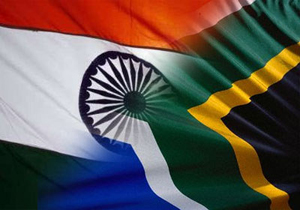 South Africa expects India to play a major role in growing its economy, the country's deputy trade minister said today on the eve of a visit where she is leading a delegation of 40 business people to Chennai and Mumbai as part of the Investment and Trade Initiative.

South Africa's Deputy Minister of Trade and Industry Elizabeth Thabethe and the delegation will arrive in India for the fifth annual Investment and Trade Initiative (ITI) from February 24 to 28.

The ITI is part of South Africa's Department of Trade and Industry's export and investment promotion strategy to focus on India as a high growth export market and FDI source.

The objective of the ITI is to create market access of South African value added products and services in India, and to promote South Africa as a trade and investment destination.

According to Thabethe, India's emerging economy is expected to play an important and growing role in South Africa and the global economy in coming years.

"World trade patterns are changing, and trade with India is of growing importance to South Africa," Thabethe said.

"Since establishing bilateral relations in 1993, trade between India and South Africa has grown steadily and consistently. The potential of India's economy and the country's growth trajectory is forecast to recover to previous levels in the coming years. This is good news for South Africa," the minister said.

Thabethe said South Africa's trade with India has doubled over the last five years, with minerals such as gold, diamonds and platinum, base metals, chemical products and machinery making up the bulk of exports.

"India has been one of our top 10 trading partners for the past few years and is now our fifth-largest export destination and sixth-largest source of imports, according to the latest data," she said.

The latest ITI will target the promotion of South Africa's agro-processing, beneficiated metals and mining technology, automotive components and electro-technical sectors in India.

The expected outcomes as a result of the initiative are to generate trade leads, identify potential buyers and to build a presence and image of South Africa's diverse sectors in India.