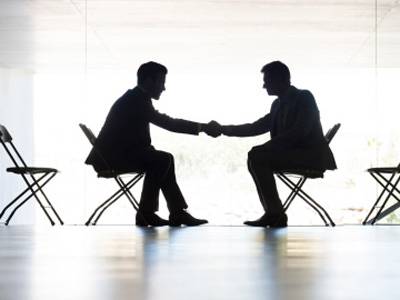 "Talks have been going on over the preferential trade agreement. Yes, that is still under negotiations," South Africa Trade and Investment, Deputy Director General, Pumla Ncapayi told reporters here.

She said there are FTAs between Central Africa, South Africa and Eastern Africa, clearly making her country the gateway to the African continent giving an access for foreign investors to the USD 200 million market.

Top officials from African Trade and Investment, including its Deputy Trade Minister Elizabeth Thabethe are on a week long visit to India to enhance economic ties between the two countries under the Fifth Investment and Trade initiative.

Noting that trade relations between India and South Africa had doubled in the last five years to touch USD 14 billion in 2013, Thabethe said the purpose of the India visit was to attract investors to her country, primarily to boost investments in various sectors.

She said a concept developed by India on setting up "Incubation Sectors" under the National Small Industries Corporation was followed by South Africa and it planned to set up 250 such centres in that country by 2015.

To a query she said South Africa was looking at exploring more niche products to the Indian market and she would meet industrialists in this regard.

"The government of South Africa has been supporting Indian investors in terms of service, grants, schemes. We are looking for a meaningful partnership with India," she said.

About 60 Indian companies are present in South Africa and India exports auto-components, leather, textiles, while it imports agro-processing and energy.