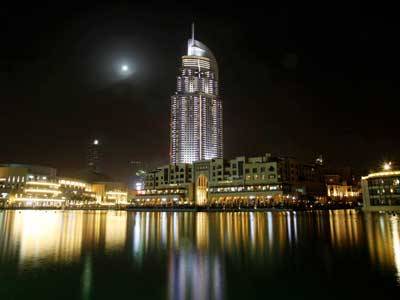 He highlighted India's economic, trade and cultural links with the UAE in general and Dubai in particular which dates back to more than a century ago.

"The UAE is now the largest trade partner of India in the Gulf and the Middle East region. Most of our exports in the entire region are routed through Dubai and Jafza. Further strengthening of bilateral trade and commerce relations will boost our overall presence in the region.

"I look forward to a greater collaboration and strategic partnerships in all other fields including bilateral trade and investments for the best interest of both the countries," he said.

Salma Hareb, CEO of Economic Zones World, after receiving the delegation at the Free Zone hailed the historic bond between Dubai and India in general and Jafza and India in particular.

She also praised the Indian business community in the Free Zone for their valuable contribution in the development of Dubai and the UAE's economic development and growth.

"Our relations are deeply rooted in history. It has evolved through the bilateral trade and people-to-people contact running through several centuries. Economic engagement has been one of the key factors in expanding and sustaining the pace and scale of bilateral relations between Dubai and India in the recent years," she said.

"The smooth flow of goods and services, capital and manpower has set the stage for further strengthening bilateral relations between us. Our historical relations still remain equally buoyant, despite the passage of time, making India, Dubai and Jafza's one of the most important trading partners," she added.

India is among the UAE's biggest trading partners. The bilateral trade between the two countries had reached USD 75 billion in 2012-2013. It is expected to reach USD 103.6 billion by 2025, according to a recent report released by HSBC. India is currently ranked as one of the UAE's top 10 trade corridors, along with China, US and Japan.

Jafza and India business ties go back to 1985, the year when Jebel Ali Free Zone became operational. The number of Indian companies in Jafza has more than tripled in the last eleven years growing from 236 in 2002 to 770 in 2013.