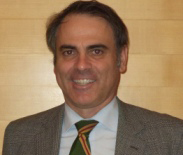 Indian textile industry can bank on a very strong cotton sector and this raw material will be the base for the added value which will be built in the Indian textile sector in the next few years, said Mr Giuseppe Gherzi - Managing Partner of Switzerland based Gherzi Textil Organisation AG on the sidelines of a textile conference.

Mr. Gherzi was in Ahmedabad recently to deliver the keynote address at the inaugural session of the Textile Investment Conclave hosted by the Confederation of Indian Textile Industry (CITI). The Gherzi Group has been present in India since 1960, with its head-office based in Mumbai and has therefore an in-depth understanding of the Indian as well as international situation.

When asked as to how much the Indian textile industry would progress in the next five years, Mr Gherzi exclusively told fibre2fashion, “Indian textile industry can bank on a very strong cotton sector and this raw material will be the base for the added value which will be built in the Indian textile sector in the next few years. Cotton ginning is competitive and spinning will become stronger, with value additions in weaving, finishing and garmenting gaining strength.

“On the fibre side, we expect more investments coming up, especially in specialty fibres and in polyester production. Retail, coming up at the far end, will create a pull effect and give a push to the entire textile value chain”.

On being asked of his observations of the day’s power-packed proceedings, he said, “I am impressed with the textile policy of the Gujarat Govt, which is holistic and which has a short term as well as long term perspective. The proceedings of the conference too covered all aspects like markets, products, technology, finance and also stock markets, seldom all touched in a one-day conference”.

On being quizzed on future plans of Gherzi in India, he replied by saying, “We are introducing more competences such as value engineering, logistics, operational training, strategy, restructuring and corporate finance services which can be offered worldwide, due to our international presence and experience which adds value to our clients needs”.

When asked about countries competing with India, his comments were, “Other than foreign competition, the Indian textile industry also needs to take a close look at domestic competition, which is tough, since you are competing with plenty of local companies in the same segments having similar or better conditions compared to yourself

“Coming to foreign competition, China is far ahead and will remain far ahead. It will be difficult to compete with China and take away substantial market share from the Chinese who are already reacting by delocalizing some of the added value steps outside their home turf.

Indian’s also have to reckon with upcoming competition from countries who have signed FTA’s such as Pakistan and Turkey. FTA’s can become  dangerous game-changers, since entrepreneurs have a limited influence on it and they give a preferential access to important markets such as Europe and USA.

“Rather than trying to take away market share of the Chinese, Indian’s should rely on its own strengths like good cotton and its transformation to yarn. Based on this, the Indian textile industry should increase the added-value till the final product and export more finished products rather than raw cotton and yarn”.

“The second part of the strategy is to build capacity in high-value textiles like composites, technical textiles and nonwovens, but which generate lesser number of jobs, compared to traditional textiles. So it would be a mistake to depend only on high value textiles”, he concluded by saying.