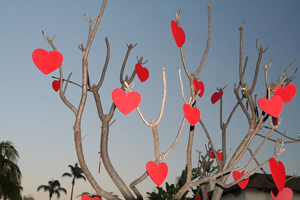 Thanks to a harsh winter in Europe, this February promises to be a busy one for Indian rose exporters. Flower-growers from Pune alone will ship around 60 lakh stems while Bangalore - another hub of rose production - is likely to export a similar quantity.

The Indian Society of Floriculture Professionals estimates that total exports from western and southern India around Valentine’s Day will be as high as 20 million flowers, fetching about R40 crore.

Roses from India are going mainly to European cities such as Amsterdam and London, Gulf countries, Singapore, Australia Italy, Greece, Sweden and New Zealand. This year, Russia and Lebanon have emerged as new markets.

India exported flowers worth $59 million during 2011-12, growth of 23.3% over the previous year. It is estimated that revenues will double by 2015, says Praveen Sharma, president, Indian Society of Floriculture Professionals.

Interestingly, this year, there have been reports of mounting pressure on flower-growers in other parts of the world due to Indian exports. According to a report appearing in Fuseworks Media, around 50% of the roses sold for Valentine's Day are now imported in New Zealand CG Nagaraju, MD, International Flower Auction Bangalore (IFAB), says due to harsh weather conditions in Europe this year, India’s exports of long-stemmed roses could rise 20-25%.

According to V Jhansi Laxmi, vice-president, South India Floriculture Association (SIFA), in addition to the long weekend and the harsh winter in Europe, a fall in production in China and Africa is likely to help growers get higher prices. Indian rose sells for R25-26 per stem in international markets. In domestic markets, wholesale prices are in the range of R8-10 per stem.

According to Shivajirao Bhegade, president, Pune District Flower Growers Association, the exports season extended by a couple of days this year to February 11 due to the rising demand for Indian roses.

Around 60 lakh stems have been shipped to the UK and Amsterdam, and another 60 lakh stems are expected to be consumed in the domestic market this Valentine's Day, Bhegade said.

Although India contributes just 2% of the world's flower supplies, demand is increasing and there is huge scope for growth, he added.

Moreover, there is a huge domestic market as well. Around 450 farmers from the Talegaon belt in Pune grow roses on 1,200 acres in addition to some 8-10 large units.

Jaisingh Hulawale from Shree Flora, Pune, says his firm has sent 0.7 million stems to the UK, the US and the Netherlands this season directly to buyers.

Commander R Berry of Berry's Roses in Pune says his firm has shipped around 1 lakh flowers to buyers in Europe and Japan. "The rates have been better than last year and there is good demand. In the last 10 days, we have seen 10,000 stems everyday," he said.

Praveen Sondhi of Meilland International France, a major rose breeding firm that has been in India since 1992, says this season has been one of the best for flower growers in India in the last 10 years. The demand from Europe is rising and the climate has been good, resulting in a good crop, he said.

According to Sharma, Indian flowers are finding favour as they are cheaper than their African counterparts. Flowers from Kenya, in particular, are facing a steep rise in prices due to an increase in input costs, dependence on imported raw material, multiple taxes and compliance bottlenecks, he said, citing newspaper reports stating India could overtake Kenya in floriculture if challenges were not addressed.

Sharma says there is also the threat of a strike by auction workers in Amsterdam, which is leading wholesalers to look for direct supplies from flower growers. Australian buyers have already booked from India over 2 million flowers for supermarkets, he added.