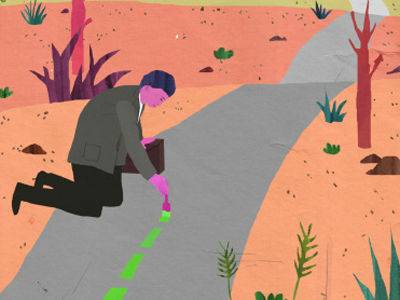 MUMBAI: Many Indian mid-size companies are warming up to purchase of iron and coal mines, power, consumer goods and engineering equipment makers in Africa as the growing middle-class market is attractive.

A fortnight ago, Hasnen Varawalla, managing director and head of investment banking for Barclays in Africa, spent a week meeting Indian companies looking for opportunities in Africa.

An increasing number of small- to mid-size Indian companies are in search of natural resources, new and fast-growing consumer markets and rich arable land in Africa. "Companies have asked us to help them acquire or invest in high growth companies in Africa. We expect the India-Africa corridor to grow manifold in coming years," said Varawalla, who started his career with the Tata Group two decades ago in India before going overseas.

Barclays expects that there will be more than half a dozen deals in 2014 where Indian companies will go shopping in Africa. Some small- to medium-size companies have successfully expanded in Africa primarily by acquisitions.

Karuturi Global expanded its base in Africa by acquiring Kenya-based Sher Agencies (now Sher Karuturi) in September 2007 from Dutch horticulturists Gerrit & Peter Barnhoorn, Kirloskar Brothers, one of the world's largest manufacturers of pumps and valves. Apollo Tyres, which purchased Dunlop Tyres International South Africa, now sells its products to more than 33 countries in the continent.

The demographics of the continent is fast emerging and suits the needs of Indian companies which are looking to enter newer markets and tie up their resources. Infrastructure companies are looking at taking up power and utilities projects within Africa.

India's better economic ties with countries such as Ethiopia and Sierra Leone have attracted companies to enter farming by leasing large tracts of land in Ethiopia. India is the largest foreign leaser of Ethiopian farmland. India-Africa trade now stands at about $57 billion and is predicted to increase to $90 billion by 2015.

Africa is at the influx where India was around two decades ago. With more than 30,000 middle class families added every month, Africa is a budding market for consumer companies. Till now companies such as Godrej and Marico have set up base in Africa primarily by acquiring strategic stakes in local companies. "Consumer companies are looking at new brands, distribution network and market access. Indian companies are able to cater to the price points in Africa better," Varawalla said. Mid-size Indian companies, who are craving for growth are now looking at markets beyond India.

"India is just as investment-hungry as China, demonstrating interest in Africa's mining resources, as well as the continent's burgeoning trade and consumer sectors. Over the last four years, our Africa-India business has grown at a compound annual growth rate of 60%," Layfield of Standard Chartered said.