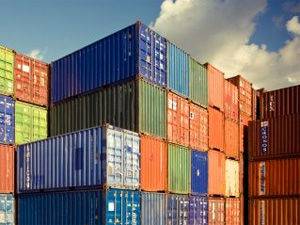 The rising US dollar has made Indian engineering exports more competitive, with an estimated $500 million business (new orders) in the pipeline, a top official said at the India Engineering Sourcing Show (IESS) here Wednesday.

The rising US dollar has made Indian engineering exports more competitive, with an estimated $500 million business (new orders) in the pipeline, a top official said at the India Engineering Sourcing Show (IESS) here Wednesday.

"The strengthening of the US dollar vis-a-vis the Indian rupee has made sourcing from India more cost-effective and major global players are ramping up procurement plans from India," IESS chairman Anupam Shah said.

He said for the global buyers, making imports from India was cost effective on account of the strong dollar. Business orders worth over Rs.3,200 crore are set to be bagged during the three-day event which opened here Wednesday.

Inaugurating the third IESS, union Minister of State for Commerce and Industry E.M.S. Natchiappan said there was great potential for Indian firms to push up exports.

He pointed out that even while domestic demand was sluggish, the engineering exports registered a 15 percent growth during December 2013 and aggregated $56 billion during 2012-2013.

With an all-out push and improvement in the major markets of the US and Europe, the shipments this year might well go above $62 billion, Natchiappan said.

The central government has earmarked an annual outlay of Rs.300 crore for promoting Brand India through different schemes like the Market Access Initiatives, the minister said.

He added the IESS would be held in different parts of the country every year to promote the Indian engineering industry.

Over 1,000 delegates and 500 exhibitors with a strong presence of manufacturing firms from the US, Europe and several countries from Asia and Africa are attending.

Organised by the Engineering Export Promotion Council India with support from the union Commerce Ministry, the IESS is taking place at a time when India's domestic manufacturing industry is facing a downturn.

A highlight is the presence of a large delegation of the Common Market for Eastern and Southern Africa - the largest economic bloc of eastern and southern Africa which has an annual import bill of $32 billion.