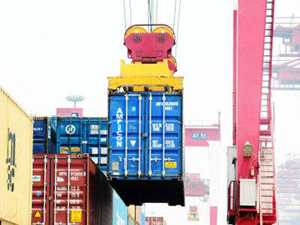 Exports from Africa to India are increasing at a healthy rate of 45 per cent annually after the introduction of a duty benefit scheme, a top official of the Commerce Ministry said.

Additional Secretary in the Ministry DS Dhesi said 33 African countries are benefiting from the scheme, and the trade between the two regions is increasing.

"With the introduction of the scheme, exports from these countries (Africa) grew 45 per cent annually, Dhesi said at a conference on Africa, organised by the PHD Chamber.

He said trade between India and the African continent has increased to $72 billion.

Besides, Africa's share in India's trade was nine per cent of the total trade in 2012.

Dhesi said Southern and Western countries of the continent shared 50 per cent of the $72 billion trade.

While the government has extended a line of credit, he said India is holding road shows in various countries in Africa to strengthen the trade.

On a suggestion by the Ambassador of Senegal that the line of credit has become inoperative because of the sovereign guarantee attached to it, Dhesi said "we will look into it".

To another suggestion that the air connectivity between India and the African continent needs to be improved, he said Air India will launch one flight to a major African hub next year.

Talking about skilling the youth there, he said Indian Institute of Foreign Trade has set up an institute in Kampala, while Indian Diamond Institute is setting up a training institute in Botswana.

India has recently said that both the sides should aim at taking the trade to $200 billion by 2020.