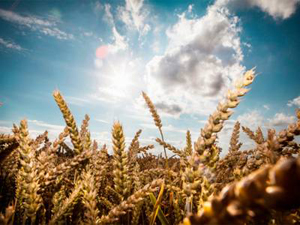 NEW DELHI: The US, Canada and Pakistan have questioned India's export of wheat and rice, suggesting that subsidized grains have been shipped out providing gains to local traders.

The queries at the World Trade Organization (WTO) come weeks after these countries reluctantly agreed to India's demand for renegotiating the agreement related to food subsidies that turned into a make-or-break issue at the Bali ministerial meeting in December.

The government has denied the suggestions and said that India is complying with all international norms. "We are on the right track," said a top government official, dismissing the charges.

On January 29, at a meeting of the WTO's committee on agriculture, the US and Canada asked India about reports that it exported two million tonnes of wheat because of surplus stock, sources familiar with the discussions said. Canada then went on to ask if the floor price had been lowered to $260 a tonne from $300 a tonne proposed earlier, which was lower than the Canadian export price.

Similarly, the US calculated the cost of wheat at the port at $310 a tonne and asked the government to supply data on the costs and the prices of the winning bid.

During the meeting itself, India tried to dismiss the allegations saying that the exports were contracted at $279-289 a tonne, which is higher than the floor price. But discussions could not be undertaken further as the US sent its questions late and India will furnish the data over the next few weeks.

Pakistan - which was part of the developing country alliance seeking easier regime for food subsidies before doing a U-turn - has raised questions over India's rice export figures and how basmati and non-basmati were graded.

Although the developed countries led by the US had opposed "renegotiating" the agreement on agriculture settled nearly two decades ago, one of the major concerns was over grains procured at a high minimum support price slipping into international markets.

In fact, India has explicitly assured that it restricted such practices but experts had warned that future exports would come under a cloud as the developed countries would raise the issue and go to the extent of seeking damages or restriction on shipments.

India, which was virtually isolated at Bali, managed to get a deal under which the cost of building stocks for food security will not be counted against a country's domestic support limits.

For India, the issue is especially critical as its procurement of staples may breach the prescribed cap in the coming years.