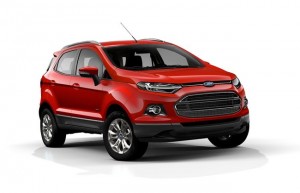 Even as market leader Maruti Suzuki reported a 10% fall in January vehicle sales, Ford India said it had seen a nearly 50% rise in sales during the same month.

Ford will unveil a new global concept vehicle at this year’s 12th New Delhi Auto Expo 2014. Based on a global design philosophy, but created to serve the specific needs of consumers in India, the concept will showcase Ford’s vision for the future in the competitive compact-car segment in India and other dynamic emerging markets, the company said.

The Ford stand at the Auto Expo has been designed to engage visitors with lively and interactive activities demonstrating Ford’s green, safe and smart technologies, it promised.

“Visitors coming to the event will be greeted by Ford’s full 2014 product line-up for India, with the Ford Figo, Ford Classic, Ford Fiesta and Ford Endeavour alongside the Ford EcoSport, which has garnered more than 18 automotive awards for its design, technology and value for money.”